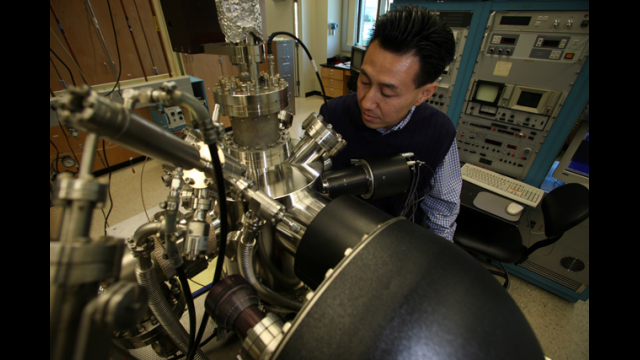 With the Carnegie Foundation for the Advancement of Teaching revising its widely-used classification system, Baylor University has progressed to "research university" status with "high research activity."

The new classification moves Baylor into a category with such universities as Auburn, Boston College, Brigham Young, Clemson, Georgetown, Temple, Texas Tech, Nevada, Oklahoma and Wake Forest. Substantial research institutions, such as Cal Berkeley, Harvard, the University of Texas at Austin and Texas A&M, are included in the "very high" research category.

"Baylor has for some time awarded at least 50 doctorates per year, the threshold for consideration as a research university, but until now has never produced the additional indicators of strong research necessary for inclusion, such as research and development expenditures and science and engineering staffing levels," said Dr. Truell Hyde, vice provost for research at Baylor and professor of physics. "It's exciting that increases in all of these have occurred over the past five years as part of Baylor's strategic vision, allowing the university to move forward dramatically in the rankings."

Hyde said the classification of Baylor as a research university - one of the primary goals of the recent Market Street study conducted by the Greater Waco Chamber of Commerce - also holds great promise for the Waco community and for its growing economy.

"Such success impacts the entire region, since the integration of teaching and research not only produces excellence in the classroom but drives entrepreneurship and job creation which are the cornerstones of economic development," Hyde said.

The primary audience is the research community, including academic researchers and institutional research staff as well as other education analysts. By providing a more flexible set of classifications, researchers will have much greater analytic flexibility, allowing them to choose the classification that is best suited to their analytic needs.

Founded by Andrew Carnegie in 1905 and chartered in 1906 by an Act of Congress, The Carnegie Foundation for the Advancement of Teaching is an independent policy and research center whose charge is "to do and perform all things necessary to encourage, uphold, and dignify the profession of the teacher and the cause of higher education."