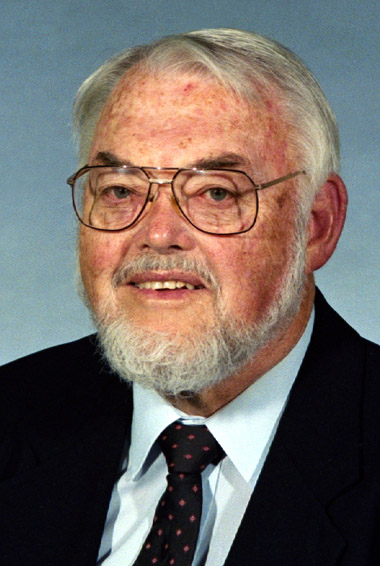 Students, faculty and staff of George W. Truett Theological Seminary gathered together April 25 to remember Truett professor, the Rev. William C. (Bill) Treadwell Jr., as a wise and caring man - and an avid fisherman - who touched the lives of thousands of people as both minister and teacher.

Treadwell, an associate professor of Christian education and leadership/administration, died April 23 at a Waco hospital.

"Many people touch hearts, but Bill molded souls," said Dr. Ruth Ann Foster, assistant professor of Christian scriptures, who also knew Treadwell when he served as minister of education at First Baptist Church, Waco. "He was the most authentic human being I've ever met. He always brought out the best in the people around him."

Foster described the service as "eye-opening" as she listened to seminary students describe their relationship with Treadwell.

"I was surprised at the depth of how much individual time he spent with students fishing," she said. "When we were at First Baptist Church together, he really pastored me and it was usually over catfish."

"When anyone brought problems to him, he would always say, 'Look at it, think it over and work it out," she said.

Born Feb. 25, 1932, in Birmingham, Ala., Treadwell earned degrees from Union University and Southern Baptist Theological Seminary. A founder of the Alliance of Baptists, he served churches in South Carolina, Georgia, Kentucky, North Carolina and Texas. His teaching career included posts at Southern Baptist Theological Seminary and Georgetown College where he taught as an adjunct professor. He joined Truett Seminary as an associate professor in 1995.

"He came here without a terminal degree," Foster said, "but he brought so much wisdom."

"Bill's gentle spirit, his kindness and his stubborn honesty combined with a great generosity of spirit and a Christian wisdom to form us in ways that I think we do not fully realize even yet," Conyers said. "He will be profoundly missed."

Dr. David Garland, associate dean for academic affairs and professor of Christian scriptures, called Treadwell a "wise and caring man whose impact in the lives of students and ministers is immeasurable."

Funeral services for Treadwell were held April 26 at Seventh and James Baptist Church in Waco, with the Rev. Dr. Raymond Bailey officiating. Interment was in Greenwood, S.C.