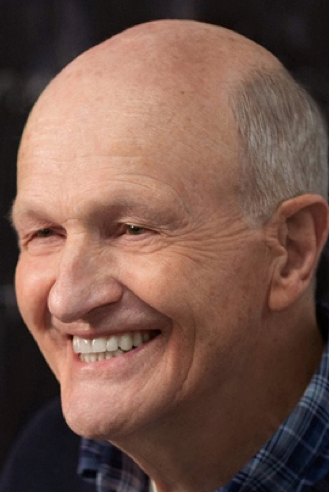 At his lecture at 4 p.m. in room E125 of the Baylor Sciences Building, von Hippel will discuss the continuing risk of nuclear war and how physicists, acting as citizen-scientists, can help reduce it including policy changes that could reduce the risk. The lecture is free and open to the public.

von Hippel is senior research physicist emeritus professor of public and international affairs and co-founder of Princeton’s Program on Science and Global Security. As a member of the Physicist Coalition for Nuclear Threat Reduction leadership team and  with the support of the American Physical Society , von Hippel works to help renew the engagement of physicists and other physical scientists and engineers with Congress and the public on nuclear-weapons issues.

“With the end of the Cold War and the disintegration of the Soviet Union, the public, including most physicists, and Congress, assumed, the danger of a nuclear war had ended as well. Unfortunately, that has not been the case. Indeed, the danger of accidental nuclear war may be increasing,” von Hippel said.

According to Bennie F.L. Ward, Ph.D., Distinguished Professor of Physics in the College of Arts & Sciences at Baylor, von Hippel’s visit could not come at a more opportune time.

“Given Russian President Putin’s recent threats to use nuclear weapons in the Ukraine war, Dr. von Hippel will inform us of the nuclear threat dangers in the current world climate and how we can participate in its reduction,” Ward said.

A nuclear physicist by training, von Hippel served as assistant director for national security in the White House Office of Science and Technology Policy from 1993-1994. In the past, independent physicists have played leading roles in informing Congress and the world about the dangers and offering ideas for how to reduce them – both unilaterally and through agreements with adversaries.

Following the colloquium, von Hippel will be available for additional conversation with interested faculty, postdocs and students.

“This is a very timely and important topic, and we are happy to host Dr. von Hippel as he comes to let us know how we can get involved,” said Lori Swint Matthews, Ph.D., professor and chair for the department of physics in the College of Arts & Sciences at Baylor and associate director of the Center for Astrophysics, Space Physics and Engineer Research (CASPER).

The College of Arts & Sciences is Baylor University’s largest academic division, consisting of 25 academic departments in the sciences, humanities, fine arts and social sciences, as well as 10academic centers and institutes. The more than 5,000 courses taught in the College span topics from art and theatre to religion, philosophy, sociology and the natural sciences. Faculty conduct research around the world, and research on the undergraduate and graduate level is prevalent throughout all disciplines. Visit baylor.edu/artsandsciences.