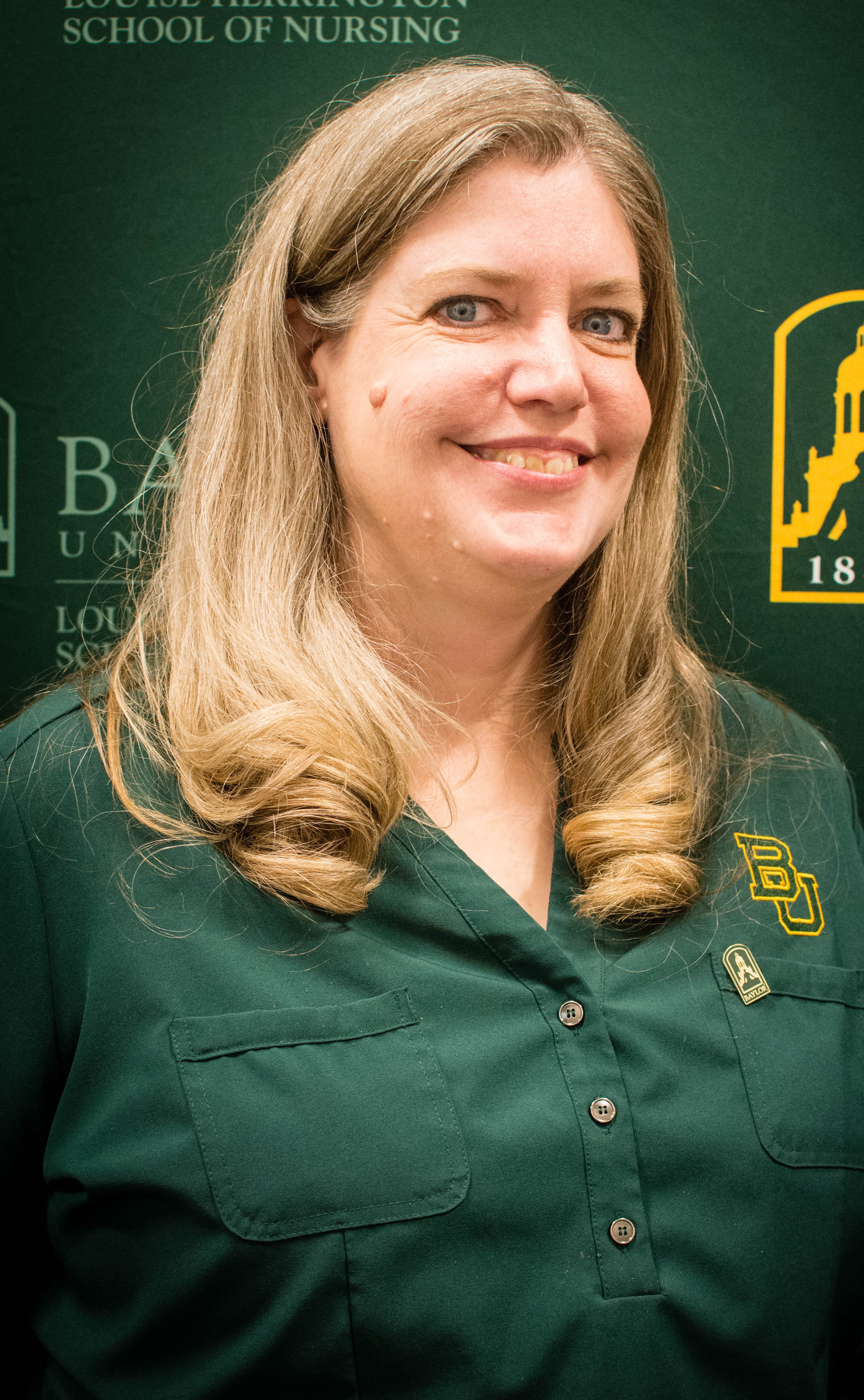 DALLAS, Texas (Oct. 31, 2022) – The Baylor University Louise Herrington School of Nursing (LHSON) is deeply saddened to share the news of the passing of its Associate Dean for the Pre-Licensure Program and Clinical Assistant Professor Karen Cotter, Ph.D., RN, CNE.


“Karen has been a cornerstone for our undergraduate students for over five years and her academic experience and knowledge will be missed. I would like to ask you to pray for her husband and family as well as the many, many of us who considered her a valuable friend,” said LHSON Dean Linda Plank, Ph.D., RN, NEA-BC.

“Last month we were notified that our undergraduate program had been rated No. 39 by U.S. News & World Report, up from No. 58 in previous years. I attribute Karen’s great leadership for that ranking,” Dean Plank added. “I think it was very fitting that BU LHSON nursing students were giving care to Karen during her last week. The students praised the program to Karen’s husband and sister, which meant a lot to them.”

Dr. Cotter taught Introduction to Professional Nursing Practice, Classroom and Laboratory Instruction, and Leadership and Management Online Classroom Instruction. Prior to joining Baylor in 2017, Dr. Cotter was an assistant professor of nursing at Oklahoma Baptist University in Shawnee, Oklahoma. Additionally, her background included working as a practical nursing instructor at Mid-Del Technology Center in Midwest City, Oklahoma; adjunct professor of nursing science at Rose State College in Midwest City, Oklahoma, and graduate teaching assistant at the University of Oklahoma, College of Nursing, in Oklahoma City. She recently served as a reviewer for manuscript submissions to the Nursing Education Perspectives Journal and served on the conference planning committee for Nurse Educators Conference in the Rockies.

Throughout her distinguished career, Dr. Cotter received many awards and honors. In 2008, she was honored with the Promising Teacher Award from Oklahoma Baptist University and was inducted into the Sigma Theta Tau International Honor Society for Nurses as a Community Leader in 2004. She also was recognized with the Outstanding Community Service Award from the University of Oklahoma College of Nursing in 2001.

Giving back to the community, Dr. Cotter was a member of Wilshire Baptist Church and sang in the choir and served on the missions committee. She also was involved in multiple international projects teaching with nurses overseas in hospital and community settings. She served in the United States Public Health Services of the military as a Lieutenant Junior Grade, Active Duty, 1993-1995.

The Baylor University Louise Herrington School of Nursing (LHSON) located in Dallas, Texas, was established in 1909 as a diploma program within Baylor Hospital in Dallas, which is now Baylor Scott & White Health’s Baylor University Medical Center, and in 1950 became one of the six degree-granting schools of Baylor University. The first Baccalaureate degrees were granted in 1952, establishing the School among the earliest baccalaureate nursing programs in Texas. In 1999, the School was renamed the Baylor University Louise Herrington School of Nursing after Louise Herrington Ornelas, a 1992 Baylor Alumna Honoris Causa, who made an endowment gift to the School. The LHSON offers Bachelor of Science in Nursing (BSN) degrees through Traditional, FastBacc® (one-year accelerated) and Distance Accelerated BSN programs. Plus, the LHSON offers an online Doctor of Nursing Practice (DNP) program with tracks that include Family Nurse Practitioner, Nurse-Midwifery, Neonatal Nurse Practitioner, Pediatric Nurse Practitioner, Adult Gerontology Acute Care Nurse Practitioner, Executive Nurse Leadership and U.S. Army Anesthesia Nursing (USAGPAN). The U.S. News & World Report 2022 Best Graduate Schools rankings include several LHSON programs, including the DNP program at No. 60 nationally and “Best Nursing” specialty rankings for LHSON’s USAGPAN, which operates at the U.S. Army Medical Center of Excellence at Fort Sam Houston in San Antonio, at No. 8 nationally, and Baylor’s Nurse-Midwifery program, which is No. 21 in the nation.  In addition, U.S. News & World Report 2023 Best Undergraduate Nursing Programs ranked the LHSON No. 39. Learn more at www.baylor.edu/nursing.