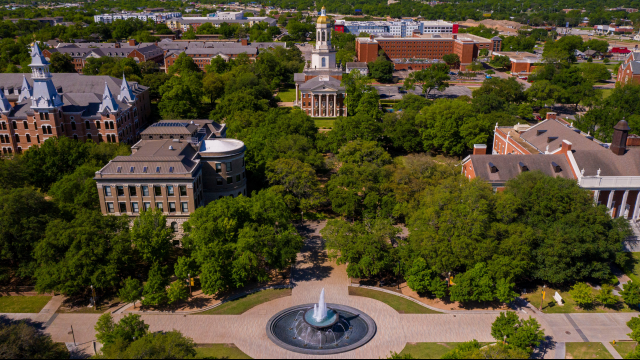 WACO, Texas (July 29, 2022) – For the first time since summer 2019, the Baylor University Board of Regents held its annual summer retreat off campus, this time in San Antonio, the nation’s seventh largest city. The Board welcomed five new Regents to their first official meeting and – with no items on the agenda requiring Board action – focused its discussion on effective governance, Baptist history and looking ahead to the fall semester.

The new Board members, who participated in new Regent orientation last month, are:

“We were excited to welcome the new Regents for their first meeting – all of whom have an incredible passion for Baylor University,” said Board Chair Mark Rountree, B.B.A. ’86, M.T.A. ’87. “While we have made great strides with our Board composition in terms of gender equity, which now stands at nearly 50%, we understand that we have work to do in increasing the racial diversity of the Regents to reflect the students whom we serve. This priority is reflected in one of the Board’s goals for this next year as we continue to enhance the expertise, diversity, structure and performance of the Baylor Board of Regents.”

Of the 33 current Regents, only six were serving on the Board when President Linda A. Livingstone, Ph.D., began her tenure as Baylor’s 15th president on June 1, 2017. With a significant number of new Regents over that five-year period, the Board spent Thursday morning discussing the University’s historic Baptist underpinnings and unique place in higher education, particularly in light of Baylor’s recently achieved Research 1 status. Baylor is one of only 39 private institutions – and a handful of faith-based universities – among 146 R1 institutions. Regents welcomed Baptist historian Alan Lefever, B.A. ’84, Ph.D., director of the Texas Baptist Historical Collection and a lecturer at Baylor’s George W. Truett Theological Seminary, who provided a historical overview of the Baptist denomination and its intersection with early Texas history, which coincides with Baylor’s founding in 1845.

Thursday’s retreat also included discussions about effective Board governance led by a senior fellow with the Association of Governing Boards (AGB), the premier organization focused on empowering college, university and foundation boards to govern with knowledge and confidence. AGB led the Board in a dialogue based on the Governance Reform Task Force recommendations released in spring 2017 and examined areas where the Board improved both its effectiveness and efficiency. In addition, former Board Chairs Ronald D. Murff, B.B.A. ’75, and Joel Allison, B.A. ’70, joined current Board Chair Rountree for a roundtable discussion about the Board’s governance reforms at the time.

“The alignment between the Board and the President and the President’s leadership team is indeed a blessing and extremely important for Baylor’s long-term vitality. As a Board, we celebrate the University’s successes over the last five years, under President Livingstone’s leadership, which is a true testament to that alignment,” Rountree said.

Last month, Baylor celebrated President Livingstone’s five-year anniversary, including such achievements as R1 research recognition, a successful $1.1 billion fundraising campaign and strengths across the board in academics, research and athletics. Rising as one of the nation’s most respected voices in American higher education and for the role of faith-based universities, President Livingstone’s leadership has led to opportunities for her and Baylor to have a presence in the national conversation regarding higher education and intercollegiate athletics.

President Livingstone is chair-elect for the American Council on Education (ACE) board, which represents more than 1,700 colleges and universities on effective public policy and innovative, high-quality practice, and will become chair of the ACE board in March 2023.

As the rare Division 1 student-athlete-turned-university-president, President Livingstone was appointed in June to the NCAA Board of Governors as one of just nine voting members – and one of only two Power 5 university presidents – helping lead college athletics during a season of fast-moving changes. She is the current vice chair of the Big 12 Conference Board of Directors, while preparing to assume the role of chair next year. She also was appointed as a member of the NCAA’s initial Constitution and Transformation committees.

“Dr. Livingstone’s strong and steady leadership at Baylor has attracted attention across higher education, whether she’s addressing the role of faith-based institutions to the complex, evolving issues in intercollegiate athletics,” Rountree said. “She is an extraordinary leader for Baylor University and within higher education.”

In her regular President’s Report on Friday, President Livingstone previewed the fall semester, including an update on the passing of Baylor bear mascot Joy on July 18, how her sister, Lady, is adjusting and the positive outlook for the bear program in the future; enrollment projections for fall semester, with an expected overall enrollment of approximately 20,000 and a freshman class of around 3,300 academically talented first-year students; the recruitment of new faculty drawn to Baylor’s Christian mission and the opportunity to teach and engage in top-tier research and scholarship at an R1 university; an update on strategic priorities since May from the Commission on Historic Campus Representations; and the launch of a new alumni engagement campaign on Oct. 1.

In addition, on Friday, Board members participated in the Regents’ annual Title IX and NCAA compliance training.

The Board kicked off the retreat Wednesday with a Baylor Family breakfast at First Baptist Church-San Antonio, hosted by Regent Manny Ruiz, B.B.A. ’81, who calls San Antonio home. The breakfast included an official proclamation from the city declaring this week “Baylor Board of Regents Days.” The Chair and President also toured Truett Seminary’s San Antonio location at Trinity Baptist Church and visited with students, faculty and supporters.

“On behalf of the Board, I want to extend my sincere appreciation to Regent Ruiz and his wife, Debbie, for their wonderful hospitality in sharing their wonderful city with us through culture, food and entertainment. Baylor has many historic ties to San Antonio, and it was good to shine the University’s light there throughout the week,” Rountree said.