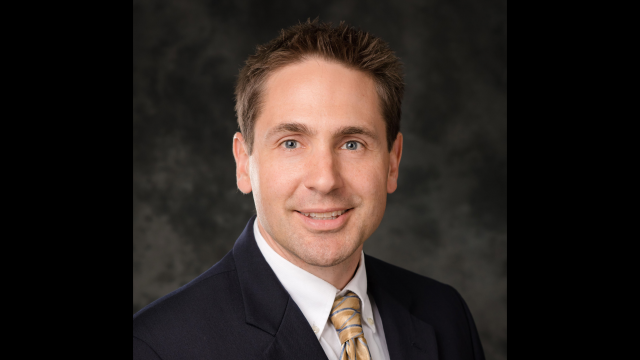 Prior to his current role at MSU, Carter served for 14 years as a faculty member, department chair, associate dean and associate vice president for research development at his alma mater Michigan Technological University.

“I am very excited to welcome Dr. Carter into the Baylor community,” Brickhouse said. “He is a proven leader and has excelled in building research programs by providing strong guidance to faculty, being knowledgeable about federal funding opportunities and by partnering with other institutions to take on big research challenges. His strong commitment to Baylor’s mission and his strong track record make him a perfect fit to be the next Dean of the Robbins College of Health and Human Sciences.”

“I would like to thank President Livingstone, Provost Brickhouse and the Search Committee. During my short time on campus thus far, I have been very impressed with the faculty, staff and students. There is great energy about Robbins College, and how it contributes to the Baylor mission. You can sense a hunger to continue building on that momentum, and that is very exciting,” Carter said. “You can literally count the number of Christian R1 universities on one hand. Baylor has such a unique and vital mission, where excellence in both research and teaching are embraced while keeping Christian faith as the foundational pillar underpinning it all. It’s simply a remarkable university, and I am honored that Baylor views my background, experiences and faith as a good fit for Robbins College.

“I sense tremendous alignment around Baylor’s unique mission to be a top-tier research university that is unambiguously Christian. When President Livingstone says, ‘The world needs a Baylor,’ I am in 100% agreement and eager to advance that mission,” Carter added.

At MSU, Carter had key administrative accomplishments of three consecutive years of record research expenditures, including $193 million in fiscal year 2021, which contributed to MSU maintaining its Carnegie R1 designation.

Carter also made similar key administrative accomplishments during his time at Michigan Tech. He was the lead administrator to champion a $30 million state appropriation for a new health sciences and engineering building, and the development of a satellite Doctoral Physical Therapy program in partnership with Central Michigan University.

Carter also is an active researcher focusing on neural control of the cardiovascular system in humans and the role of sleep in cardiovascular disease. He has been the principal investigator or co-PI on more than $74 million in external research awards. He also recently received a $63 million partnership to expand collaborative health research with the University of Washington, which was two years in the making, and the type of partnerships he envisions building at Baylor. He also has two active NIH R01 grants.

Carter brings high-level leadership within professional societies to his Baylor appointment. He served as president for both the American Kinesiology Association and Michigan Physiological Society and recently completed a three-year term on the Council of the American Physiological Society. Carter currently serves on the Executive Committees of the Association of Public and Land-grant Universities (APLU) Council on Research and the Federal Demonstration Partnership, both leading organizations aimed at advancing the U.S. research university enterprise.

The new Robbins College Dean has been honored with two national distinguished awards. He was elected Fellow of the National Academy of Kinesiology in 2017 and received the Jerry R. Thomas Distinguished Leadership Award from the American Kinesiology Association, the society’s top peer-reviewed award, in 2021.

Carter will take over the reins of Robbins College, the newest college on the Baylor campus offering undergraduate, graduate and doctoral programs in health and human sciences on-site and online, as well as through partnerships with the U.S. Military. The College houses several academic units, including Communication Sciences and Disorders; Human Sciences and Design; Health, Human Performance and Recreation; Occupational Therapy; Physical Therapy; Public Health; and Division of Health Professions. While varied in their professional approaches, the programs in Robbins College share a common purpose of improving health, well-being and quality of life for individuals, families, communities and environments. In addressing Illuminate’s initiatives of health, data sciences, materials science and human flourishing, Robbins College programs impact many of the critical areas of focus of the University’s strategic plan.

“Robbins College has gone through a tremendous phase of growth in recent years, particularly on the graduate education side,” Carter said. “They’ve developed a national reputation for exceptional education for both undergraduate and graduate students, and while this will remain a top priority, I am perhaps most excited to work with faculty, staff and students to take the College research and scholarship to new heights that positively impact human health and flourishing and align with the goals of Illuminate.”

ABOUT ROBBINS COLLEGE OF HEALTH AND HUMAN SCIENCES AT BAYLOR UNIVERSITY

The Robbins College of Health and Human Sciences at Baylor University was established in 2014, a result of identified priorities for strengthening the health sciences through Baylor’s strategic vision, Pro Futuris, and the University’s Illuminate strategic plan. The anchor academic units that form Robbins College – Communication Sciences and Disorders; Human Sciences and Design; Health, Human Performance and Recreation; Occupational Therapy; Physical Therapy; Public Health; and Division of Health Professions – share a common purpose: improving health and quality of life. The College’s curricula promotes a team-based approach to transformational education and research that has established interdisciplinary research collaborations to advance solutions for improving quality of life for individuals, families and communities. For more information, visit baylor.edu/chhs.