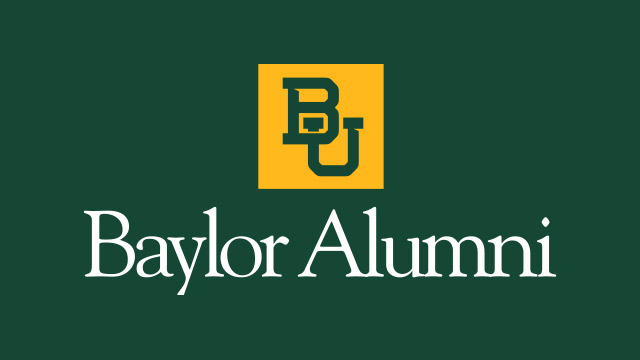 WACO, Texas (Jan. 18, 2022) – Baylor University today announced the recipients of the 2022 Baylor Alumni Awards, which honor individuals who embody the distinctive mission of the University and their remarkable achievements. A celebration honoring the impact of alumni around the world and recognizing this year’s recipients will be held on campus on Feb. 18, 2022.

“Each year, I look forward to celebrating members of the Baylor Family who have committed their lives to excellence in their professions and service to others. The 2022 Baylor Alumni Award honorees reflect the worldwide impact of all our extraordinary alumni who shine their lights in their professional and personal lives. As we pursue the work of the University to equip tomorrow’s leaders and servants, our alumni provide a meaningful example of how Baylor’s unique experience transforms lives and helps students find and follow their callings,” President Linda A. Livingstone, Ph.D., said. “We are honored to recognize this remarkable group of Baylor Alumni Award recipients for their outstanding contributions to Baylor and society.”

The Alumni of the Year honor is awarded to a graduate who has achieved distinction through exceptional contributions to our international, national, state or community welfare. This year’s Alumna of the Year is Thasunda Brown Duckett, MBA ’01, CEO of Fortune 100 financial powerhouse, TIAA, a leading provider of secure retirements and outcome-focused investment solutions to millions of people working in higher education, health care and other mission-driven organizations.

Prior to joining TIAA, Duckett served as CEO of Chase Consumer Banking, CEO of Chase Auto Finance, National Retail Sales Executive for Chase Mortgage Banking and Director of Emerging Markets at Fannie Mae. She has been recognized widely as a leading executive in the financial industry. She was ranked among the top 10 women on Fortune’s 2021 Most Powerful Women list and was included on the 2021 Forbes list of the World’s Most Powerful Women. She also recently received the Executive Leadership Council’s prestigious Achievement Award and was recognized by EBONY Media on their 2021 Power 100 list.

In honor of her parents and to recognize and reward people who use ordinary means to empower and uplift their community in extraordinary ways, Duckett founded the Otis and Rosie Brown Foundation in 2013. The Foundation advances the belief that all have the duty to extend a hand to help lift up our fellow man. Throughout her life and career, Duckett has been a passionate advocate for closing achievement gaps in wealth creation, educational outcomes and career success, serving in numerous volunteer roles throughout her career that support minorities and enhance their professional growth.

The Young Alumni of the Year honor is awarded to a graduate under age 40 who has achieved distinction through exceptional contributions to our international, national, state or community welfare. This year’s Young Alumnus of the Year is Alex Le Roux, BS ’15, of Austin, co-founder and CTO of ICON, the company leading the way into the future of human shelter and homebuilding using 3D printing, robotics, software and advanced materials.

Prior to co-founding ICON, Le Roux began his career by co-founding Vesta Printers, whose mission was building large-scale, affordable 3D printers that bring automation and customization to the construction industry.

Le Roux oversees ICON’s technological vision and strategy for its paradigm-shifting innovations, which have garnered such accolades as TIME’s Best Inventions, Popular Science 100 Greatest Innovations and Fast Company’s World-Changing Ideas, and landed him on entrepreneurial lists such as Forbes 30 Under 30 and MIT’s Under 35.

Naylor spent more than 35 years serving as a general surgeon, evangelist and church planter in India. Devoting 28 of those years to the people of Bangalore, Naylor worked as chief of medical staff, administrator and medical superintendent in the Bangalore Baptist Hospital. She also oversaw construction of the Rebekah Ann Naylor School of Nursing in 1996, served as a professor of anatomy and physiology at the school and celebrated the first class of nursing graduates in 1999.

Upon her return to the United States, Naylor joined the faculty of UT Southwestern Medical School in Dallas, taught in the surgery department and was later named associate clinical professor of surgery where she served until her retirement in 2010. She then began work as a global health care consultant for Baptist Global Response, transitioning this role in 2019 to the International Mission Board where she continues mobilization of health care professionals and students, training and encouraging health strategies worldwide that bring people to faith in Jesus Christ.

The Pro Texana Medal of Service recognizes an individual whose contributions in furthering the mission of Baylor has made an immeasurable impact in the public or nonprofit sector. This year’s recipient is Susan Peters, BA ’86, of Waco, founder and executive director of Unbound Global, a multi-national anti-human trafficking organization headquartered in Waco.

After multiple trips abroad, Peters felt a deep conviction to find solutions that would break the bonds of human trafficking. In 2012, UnBound took shape and began to mobilize in the United States, equipping churches and local communities to fight human trafficking – forced labor and sexual exploitation. Her collaboration with law enforcement led to the development of the Heart of Texas Human Trafficking Coalition, which she founded alongside other community leaders in 2014, and for which she currently serves as chair. The Coalition brings law enforcement from multiple agencies, attorneys, advocates, social service providers, medical professionals, educators and community members together to identify, serve, defend and restore human trafficking survivors.

In 2020, Peters published Unbound: Working Together to Restore Lives and End Human Trafficking. In it, she recounts true stories of the fight against human trafficking and leaves readers motivated to make a difference in their communities.

The Medal of Service for Contributions to the Professions is awarded to individuals for dedication to advancing their chosen fields and making a significant impact in our world. This year’s honors are presented to Giancarlo Guerrero, BM ’91, of Nashville, Tennessee, six-time GRAMMY Award-winning conductor, music director of the Nashville Symphony and NFM Wrocław Philharmonic and principal guest conductor of the Gulbenkian Orchestra in Lisbon, and Christopher Scott, BA ’04, of Las Vegas, Nevada, founder, head of documentaries and award-winning director at Strategery Films.

Born in Nicaragua, Guerrero immigrated during his childhood to Costa Rica, where he joined the local youth symphony. Given his beginnings in civic youth orchestras, Guerrero is particularly engaged with conducting training orchestras and has worked with the Curtis School of Music, Colburn School in Los Angeles, National Youth Orchestra (NYO2) and Yale Philharmonia as well as with the Nashville Symphony’s Accelerando program, which provides an intensive music education to promising young students from diverse ethnic backgrounds.

Christopher Scott began his career in politics serving as the director of community outreach for Congressman Chet Edwards in Waco. He has served with Obama for America, and relocated in 2010 to Las Vegas to work as the regional field director for Senate Majority Leader Harry Reid's successful re-election campaign.

In 2015, Scott founded Strategery Films, which specializes in documentary films. His work has received several prestigious awards including the 2016 Documentary of the Year from the Louisiana Endowment for the Humanities for his series, The Shape of Shreveport. In 2017, Scott’s work on What About Waco, a comprehensive documentary series on the history of Waco, Texas, was awarded the Grand Jury Prize of the Deep in The Heart of Texas Film Festival.

In August 2020, Scott’s critically acclaimed Class Action Park, the true story of New Jersey’s Action Park, was released. The feature-length documentary has been featured in the New York Times and is one of the top streaming titles on HBO Max. It was awarded the Hollywood Film Critics Award for Best Documentary in 2021.

His current work, The Five Priests, was recently named a finalist in the prestigious Cannes World Film Festival for 2022. His most recent project, An Ode to Joy, The Death and Resurrection of Baylor Basketball, was released in January 2022.

A tireless volunteer and Baylor advocate, George is an active community leader, writer and public speaker who devotes her time to service in her community and beyond. Before their daughters ever took a class on campus, Fran and husband, Craig, began hosting events for North Carolina Baylor families. Send-off parties for students and parents and packaging parties to send encouragements to students on campus soon grew into Parents in Prayer leadership to bring friends together to pray for the needs of the students, parents and the University, and alumni gatherings to strengthen connections between far-flung alums. Her work soon formed the first North Carolina Chapter of the Baylor Parents Network.

In 2018, the Georges were named Parents of the Year for their continuous commitment to Baylor. After their daughters completed their undergraduate degrees from Baylor, their younger daughter, Catherine, continued her Baylor journey and is a current MSW candidate.

Fran George’s leadership as a volunteer for the University continues to grow. She serves on the Alumni Regional Council for North Carolina, bringing alums and families new avenues for engagement and connection to each other and the University. She is a member of the Louise Herrington School of Nursing’s Gala Task Force and serves on the Board of the North Carolina Baylor Women’s Council.