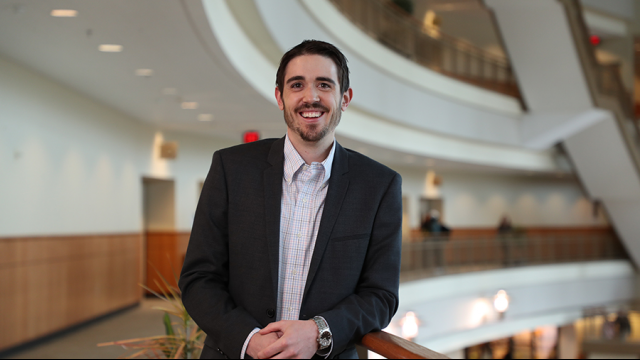 Baylor researcher Michael Scullin, Ph.D., led an NIH funded study evaluating the use of smartphones in treatment for adults with a cognitively impairing condition

In the absence of effective pharmacological treatments, the study, recently published in the Journal of the American Geriatrics Society, considered the feasibility and efficacy of smartphone-based strategies for prospective memory in people with cognitive impairment.

“Previous work on electronic memory aids used PDAs (personal digital assistant), pagers and handheld voice recorders. These benefit memory functioning, but people tend not to want to use them over the long term because they serve a single function and can become stigmatized as a signal of a cognitively impairing condition,” Scullin said. “Conversely, smartphones have many built-in reinforcers from social connectedness to access to directions to email. Therefore, smartphones are more likely to be adopted over long periods of time without leading to stigma.”

Fifty-two adults, ages 55-92, who had received diagnoses of dementia or mild cognitive impairment, were enrolled in a four-week randomized controlled trial. Participants were trained to use an automated reminder app or a digital voice recorder app or on a mobile phone to off-load prospective memory tasks.

Off-loading of prospective memory intentions onto a smartphone, or other digital devices, allows the tasks to be accessed at any time. Smartphones are owned by more than half of adults aged 65 and older, even those with geriatric cognitive disorders.

“People sometimes assume that older adults do not like technology. But that can be a self-fulfilling prophecy,” Scullin said. “With some structured training and patience, older adults with cognitive impairments can learn to use smartphone reminder apps, and doing so benefits their prospective memory. Purchasing a smartphone or tablet for a loved one and then taking the time to show them how to use it most effectively can have a positive impact on their quality of life and daily functioning.”

Participants used a lab-provided smartphone or their personal smartphone device. Participants were trained in the basic phone functionality and provided app guides which outlined the app being used, buttons for the app and a description of how to phrase effective reminders for prospective memory tasks.

For four weeks, participants were assigned prospective memory tasks to perform on scheduled days and at specified locations. For example, twice each week, participants were asked to remember to call an experimenter phone number on specific days and remember to take photos at specific locations. To protect against experimenter bias, these prospective memory tasks were provided by an interactive voice response system.

“We thought an app that provided automated reminders at specific times would outperform an app that just allowed people to voice record their prospective memory tasks. That’s what we found in the first week of the study, however, by the fourth week of the study the benefits had reversed,” Scullin said. “This tells us that if you’re going to teach someone with cognitive impairments to use a reminder app then they will probably need later ‘booster’ training for the benefits to last.”

“Treatments for cognitive problems involve more than just medications. Our study demonstrated that older adults with mild cognitive impairment and mild dementia can be taught how to use smartphone apps to help with day to day memory lapses,” said Jared Benge, Ph.D., co-principal investigator for the study and associate professor in the department of neurology at the University of Texas Dell Medical School.

The results suggest that the smartphone app interventions used in the study had benefits to prospective memory function. Free and easily accessible smartphone apps offer options to patients and caregivers for supporting quality of life and independent functioning for adults with cognitive disorder diagnoses.

“As the generation that brought us the internet and personal computer revolution ages, my hope is that we can develop these same technologies to support safe and independent living even in the face of neurological conditions,” Benge said.