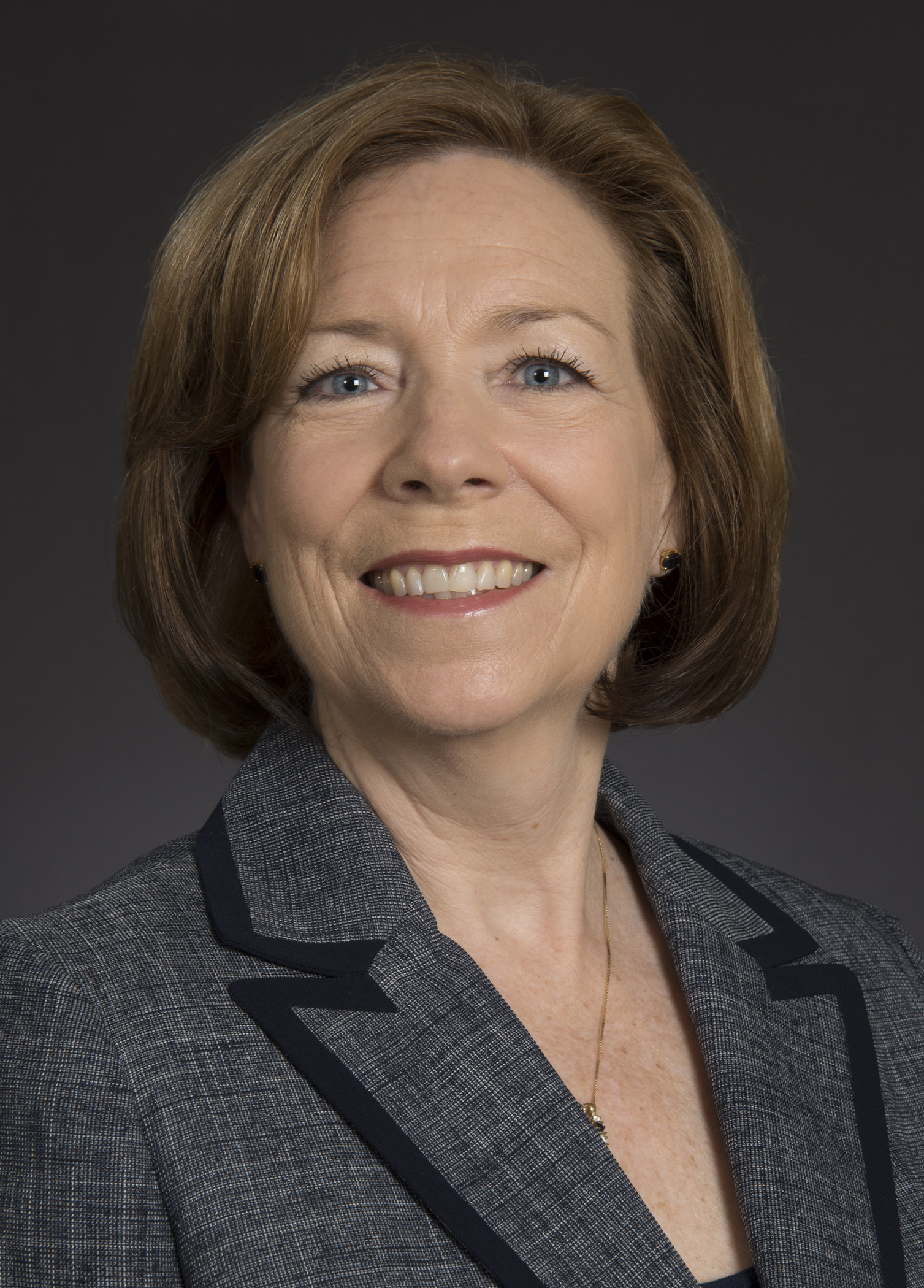 Linda Plank, Ph.D., RN, NEA-BC, who has served since last summer as Interim Dean of Baylor University's Louise Herrington School of Nursing in Dallas, has been selected to serve as Dean in an official capacity, effective May 1.

WACO, Texas (April 12, 2021) – Following a nationwide search, Baylor University Provost Nancy Brickhouse, Ph.D., announced today that Linda Plank, Ph.D., RN, NEA-BC, who has served since last summer as Interim Dean of Baylor University's Louise Herrington School of Nursing in Dallas, has been selected to serve as Dean in an official capacity, effective May 1.

Plank succeeds Shelley F. Conroy, Ed.D., MS, RN, CNE, who served for eight years with distinction as Dean of the LHSON. The LHSON is located in a newly renovated complex located across from the Baylor University Medical Center of Dallas in the heart of downtown.

"Dr. Plank has garnered the respect of the LHSON faculty and staff. They appreciate her commitment to our students and her care for faculty and staff," Brickhouse said. "In addition, academic leaders on the Waco campus as well as donors and alumni have expressed considerable appreciation for her collaborative style as well as her talent in leading growth in graduate programs.

"I also commend the 11-member search committee, chaired by School of Music Dean Gary Mortenson, for their valuable time and service to the University," she said.

As Dean of the LHSON, Plank will work alongside 1,100 students, 55 full-time faculty members and 48 part-time faculty as she leads Baylor's nursing academic enterprise and its strategic plan for the future growth through an engaging Christian academic culture that supports excellence and intellectual curiosity in teaching, research, scholarship, leadership, practice and service in a rapidly changing health care field.

"I am honored to be named the Dean of the Louise Herrington School of Nursing," Plank said. "I have been a Baylor Bear since 1973 and appreciate the education I received at Baylor University that allowed me to work as a nurse at Baylor Hospital for 33 years before returning to the LHSON to teach. We have the greatest students, staff and faculty anywhere, so I am blessed that God has allowed me to serve the nursing school as a faculty member and Associate Dean and now as Dean."

Before her service as Interim Dean, Plank served as Clinical Associate Professor and Senior Associate Dean of Academic Affairs at the LHSON. She earned her B.S. in nursing from Baylor, an M.S. from Texas Woman’s University and her Ph.D. from the University of Texas at Arlington. She is nationally certified by the American Nurses Credentialing Center (ANCC) as a Nurse Executive Advanced (NEA-BC).

After graduating from Baylor in 1977, she began as a registered nurse at Baylor University Medical Center in Dallas, where she worked for more than three decades as an RN, a nursing administrator and eventually as Vice President for Medical-Surgical Nursing. In 2008, she was recruited by her alma mater to begin a teaching career, starting as a nursing lecturer in 2009.

In April 2012, Plank was appointed Associate Dean for Academic Affairs at the LHSON. In 2015, she added the newly created Clinical Track to her role, beginning with the rank of Clinical Assistant Professor and later promotion to Clinical Associate Professor in 2018. She has taught in the undergraduate program, the accelerated FastBacc BSN Track and the graduate program, including courses in Management and Leadership, Professional Nursing Development: Consumer of Research, Health Assessment Lab, Nursing Informatics, Issues in Health Care and Practice, and Budgeting and Health Care Finance for Nursing Leadership. In 2019, she was appointed Senior Associate Dean for Academic Affairs and Interim Dean on July 1, 2020.

For more than 112 years, the LHSON has educated more than 6,000 graduates who are known to be academically, spiritually and personally prepared for service.

"We look forward to Dr. Plank's leadership continuing the Baylor nursing school's steadfast legacy of preparing the next generation of Baccalaureate and Graduate level nurses, within a Christian community, for professional practice, health care leadership and worldwide service," Brickhouse said.

The Baylor University Louise Herrington School of Nursing (LHSON) located in Dallas, Texas, was established in 1909 as a diploma program within Baylor Hospital in Dallas, which is now Baylor Scott & White Health’s Baylor University Medical Center, and in 1950 became one of the six degree-granting schools of Baylor University. The first Baccalaureate degrees were granted in 1952, establishing the School among the earliest baccalaureate nursing programs in Texas. In 1999, the School was renamed the Baylor University Louise Herrington School of Nursing after Louise Herrington Ornelas, a 1992 Baylor Alumna Honoris Causa, who made an endowment gift to the School. The LHSON offers Bachelor of Science in Nursing (BSN) degrees through Traditional, FastBacc® (one-year accelerated) and Distance Accelerated BSN programs. Plus, the LHSON offers an online Doctor of Nursing Practice (DNP) program with tracks that include Family Nurse Practitioner, Nurse-Midwifery, Neonatal Nurse Practitioner, Pediatric Nurse Practitioner, Executive Nurse Leadership and U.S. Army Anesthesia Nursing (USAGPAN). The U.S. News & World Report 2022 Best Graduate Schools rankings include several LHSON programs, including the DNP program at No. 60 nationally and “Best Nursing” specialty rankings for LHSON’s USAGPAN, which operates at the U.S. Army Medical Center of Excellence at Fort Sam Houston in San Antonio, at No. 8 nationally, and Baylor’s Nurse-Midwifery program, which is No. 21 in the nation. To learn more, visit www.baylor.edu/nursing.