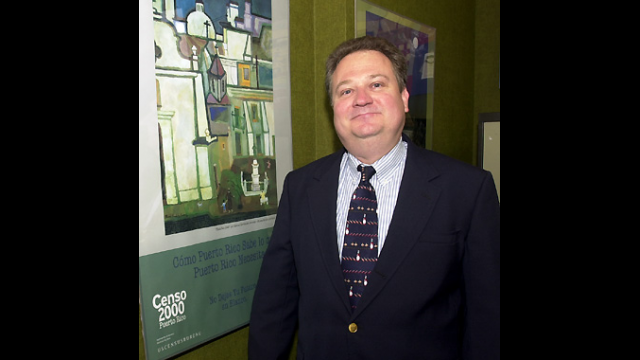 An article written by Dr. Charles Tolbert II, chair of Baylor University's department of sociology and anthropology, has been selected as one of the 10 most influential articles ever in this area of sociology by the American Sociological Association?s Section on Organizations, Occupations and Work.
Tweet
Jan. 24, 2005

An article written by Dr. Charles Tolbert II, professor and chair of sociology and anthropology at Baylor University, has been selected as one of the 10 most influential articles ever in this area of sociology by the American Sociological Association's Section on Organizations, Occupations and Work.

The article, "The Structure of Economic Segmentation: A Dual Economy Approach," was published in 1980 in The American Journal of Sociology. While he was a graduate student at the University of Georgia, Tolbert co-authored the paper with Patrick Horan and E.M. Beck.

"I was very surprised and flattered," Tolbert said. "It continues to be deeply humbling because there are some real classics on that list written by leaders in the field, including members of the National Academy of Sciences. Because it was critical of conventional perspectives, this work had taken its share of bumps and bruises. So, the recognition is all the more gratifying."

useful the measure was in explaining labor market inequalities. Tolbert used the measure in his dissertation on occupational mobility, which was published in the American Sociological Review and Social Forces, two other top sociology journals. Other researchers started using the measure,

and it became something of a standard.

"The work challenged some of the prevailing approaches in sociology, and that may have something to do with others thinking the piece was 'influential,'" Tolbert said.

When Tolbert wrote the paper in the late 1970s, he was only two to three years out of Baylor. He credits Baylor professors Larry Felice and Tom Myers with training him to use computers for statistical analysis. The research on the article was performed as Tolbert's Research Practicum at Georgia.

"I was doing in research in that field when Charlie's article was published and remember how important it was," said Dr. Larry Lyon, professor of sociology and dean of the Graduate School at Baylor. "He proposed a new way of thinking about wages differences and showed data to demonstrate the relevance of his approach. It was one of those rare 'this changes everything' articles that was, of course, cited by sociologists and economists in every subsequent article.

An acknowledged authority in socioeconomic and demographic trends, Tolbert is one of a few scholars who performs research at the U.S. Census Bureau in Washington, D.C., on data from the population and economic censuses that has not been released to the public. He is the co-author (with Glenna Colclough) of Work in the Fast Lane: Flexibility, Divisions of Labor, and Inequality in High-Tech Industries and (with Patrick M. Horan) of The Organization of Work in Rural and Urban Labor Markets.

The Organizations, Occupations, and Work section of the ASA brings together sociologists who study organizations and the changing world of work. The OOW is one of the larger sections within ASA.