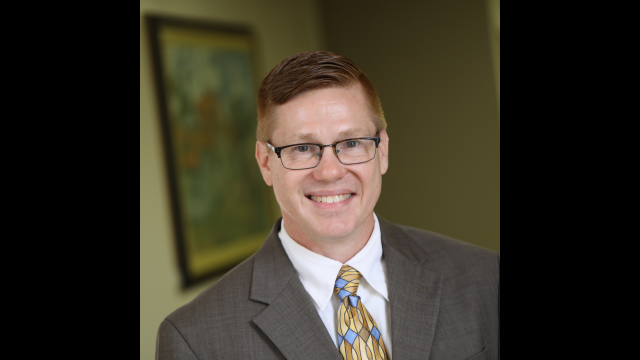 WACO, Texas (March 17, 2021) — A research team that includes a Baylor University scholar on race and religion will help establish Churches that THRIVE for Racial Justice, a national effort to help congregations confront structures of racism in their communities. Lilly Endowment Inc. is funding the project with a $1 million grant to Davidson College, which will coordinate the project.

Churches that THRIVE for Racial Justice is one of 91 projects being funded through Lilly Endowment’s Thriving Congregations Initiative, a national initiative to strengthen Christian congregations so they can help people deepen their relationships with God, build strong relationships with one another and contribute to the flourishing of local communities and the world.

Churches that THRIVE for Racial Justice is a five-year collaboration that will connect three sociologists who study race and religion with a cohort of 25 churches affiliated with the Alliance of Baptists in the United States. These THRIVE congregations will actively confront structures of racism to remove a crucial obstacle to thriving, one that spiritually and materially affects people of color in the United States.

Directing the project will be Gerardo Martí, Ph.D., The L. Richardson King Professor of Sociology at Davidson College in Davidson, North Carolina, and Paula Clayton Dempsey, director of partnership relations for the Alliance of Baptists.

Kevin D. Dougherty, Ph.D., associate professor of sociology at Baylor, and sociologist Mark Mulder, Ph.D., of Calvin University in Grand Rapids, Michigan, will be the core team of researchers.

The THRIVE project seeks to examine and reframe ministry and discipleship centering racial justice by:

“It is exciting to participate in a research project with such profound practical importance,” Dougherty said. “We want to do more than understand the troubled history of race and religion in the United States. We want to help congregations promote racial justice.”

Through the Thriving Congregations Initiative, Lilly Endowment is supporting organizations that represent and serve churches in a spectrum of Christian traditions, including Anabaptist, Baptist, Episcopal, evangelical, Lutheran, Methodist, Mennonite, Pentecostal, Presbyterian, Reformed, Restoration, Roman Catholic and Orthodox, as well as congregations that describe themselves as nondenominational. Several organizations serve congregations in Black, Hispanic and Asian-American traditions.

“In the midst of a rapidly changing world, Christian congregations are grappling with how they can best carry forward their ministries,” said Christopher Coble, Lilly Endowment’s vice president for religion. “These grants will help congregations assess their ministries and draw on practices in their theological traditions to address new challenges and better nurture the spiritual vitality of the people they serve.”

Lilly Endowment launched the Thriving Congregations Initiative in 2019 as part of its commitment to support efforts that enhance the vitality of Christian congregations.

Lilly Endowment Inc. is an Indianapolis-based private philanthropic foundation created in 1937 by J.K. Lilly Sr. and sons Eli and J.K. Jr. through gifts of stock in their pharmaceutical business, Eli Lilly & Company. Although the gifts of stock remain a financial bedrock of the Endowment, it is a separate entity from the company, with a distinct governing board, staff and location. In keeping with the founders’ wishes, the Endowment exists to support the causes of religion, education and community development. The Endowment funds significant programs throughout the United States, especially in the field of religion. However, it maintains a special commitment to its hometown, Indianapolis and home state, Indiana. The principal aim of the Endowment’s grantmaking in religion is to deepen and enrich the lives of Christians in the United States, primarily by seeking out and supporting efforts that enhance the vitality of congregations and strengthen their pastoral and lay leadership.