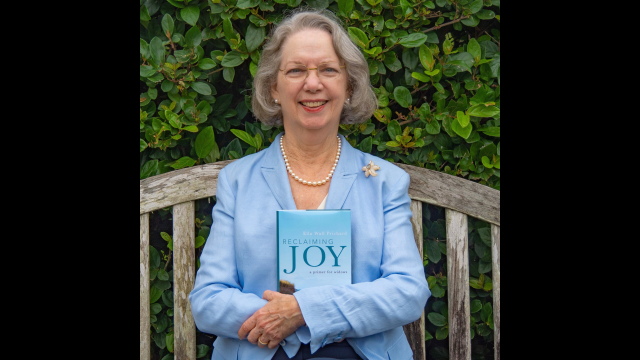 A gift from the Prichard Family Foundation and Ella Wall Prichard, B.A. '63, of Corpus Christi, has established The Lev H. Prichard III Chair in the Study of Black Worship at Baylor University.
Tweet
March 9, 2021

WACO, Texas (March 9, 2021) – Baylor University today announced a $1.5 million gift from the Prichard Family Foundation and Ella Wall Prichard, B.A. '63, of Corpus Christi, to establish an endowed faculty position that will further the research and work of the nationally renowned Black Gospel Music Restoration Project, as well as scholarship in the areas of Black worship, preaching and studies.

The Lev H. Prichard III Chair in the Study of Black Worship, which will receive matching funds through the Baylor Academic Challenge, will provide faculty endowment for research that will advance the Human Flourishing, Leadership and Ethics Initiative within Illuminate, the University’s strategic plan.

“We are truly grateful for the Prichard family’s continued commitment to Baylor University and to supporting excellence in Christian higher education,” said President Linda A. Livingstone, Ph.D. “The Prichard family’s story is a wonderful example of how our alumni and friends continue to create an impact at Baylor long after they graduate and take their place in That Good Old Baylor Line. The Prichard Chair will further Baylor’s work in the preservation of Black Gospel music, but it will go beyond that – the Chair will open new areas of research into the cultural significance and into the history of Black Worship and the Church in America. As a Baptist University, we celebrate this opportunity to expand our study of this significant part of our Christian history and culture.”

The Lev H. Prichard III Chair in the Study of Black Worship, established in memory of Ella Prichard’s husband Lev H. Prichard III, will serve as an interdisciplinary position that will conduct research and concentrate on efforts associated with the growth, preservation and promotion of the Black Gospel Music Restoration Project collection and Black sacred music, Black worship and other relevant studies. The holder of the Prichard Chair also will be responsible for coordinating research efforts and promotion of the Black Gospel Restoration Project collection with stakeholders, including George W. Truett Theological Seminary, Baylor School of Music, as well as academic departments such as history and others included in scholarly activities.

The Prichard family’s involvement with the Project started in 2008, when Ella and Lev came to campus for their grandson’s official visit. They also had read Professor Darden’s New York Times column, and Lev, who was in poor health at the time, agreed to make the trip on one condition: that he would meet Professor Darden and tour the collection.

“So, that’s what he did,” Ella Prichard recalled during a recent phone call. “Bob has a great story of that. People were showing him around, and he came down to the (Ray I. Riley Digitization Center) to hear some of the recorded music. I guess it was supposed to be a short stop, but he couldn’t have cared less to move on. He was going to stay there as long as he could.”

Their grandson ended up going to a different college, but for Lev, he was hooked.

Ella Prichard said those old songs were more than an affinity – they represented a deep love of music that had been nurtured in him at a young age. Lev died in 2009, but before his death, he made his last gift to Baylor, split between scholarships and the Black Gospel Music Restoration Project. Later that same year, the Prichard Family Foundation established the Lev H. Prichard III Black Sacred Music Endowed Fund. The endowment expanded the scope and access of the archive, allowing for greater research and appreciation of the music within the archive. In 2015, the Project became part of the permanent collection of the Smithsonian Institution’s National Museum of African American History and Culture’s exhibition, Musical Crossroads.

Ella Prichard said that the family has celebrated every milestone and achievement gained through the Project. Since the establishment of the Prichard Endowment in 2009, the Project has digitized 6,679 albums, with 33,152 individual track recordings preserved, spanning nearly 1,900 artists.

“We have had a really strong link to the Project. We’re just so excited at the opportunity to see this go further – every advancement, every opportunity, every achievement that the collection has reached, each one of these things has been a celebration,” Ella Prichard said. “With the magnificent generosity of the anonymous donor (and their matching gift), we’ve gone from a $100,000 endowment producing a $5,000 income each year to a $3 million endowment producing $150,000 a year, potentially. It is quite amazing.”

Mr. Prichard was an Alumnus Honoris Causa of Baylor University. He served twice on the Baylor Bear Foundation board of directors and was an honorary life member of the Lettermen's Association. Mr. Prichard was president of Prichard Oil Co. and Apco Minerals and partner in Storm-Prichard Co. In 2018, Ella Wall Prichard added published author to a list of achievements that has centered on a life of service and volunteering. Lev and Ella cared deeply for the welfare of their adopted hometown of Corpus Christi and quietly but generously supported a multitude of cultural, educational, human welfare and religious organizations in the area, a legacy Ella and her children and grandchildren carry on to this day.

“As Mrs. Prichard said, it is amazing,” said Provost Nancy W. Brickhouse, Ph.D. “The Prichard family has truly taken what was a passion of their father and husband and honored that incredible history to support the preservation of Black Gospel music. We are excited that The Lev H. Prichard III Chair in the Study of Black Worship will open new opportunities for research and scholarly inquiry into the history and cultural significance of Black Gospel music and worship. As an institution of Christian higher education, we are excited to see the interdisciplinary collaboration that will come of this Chair, and we are grateful that we have members of our Baylor family like the Prichard family who are committed to expanding opportunities and supporting areas of growth and research for Baylor’s academic enterprise.”

Lev and Ella Prichard generously supported Baylor University through a variety of gifts to the school. They received the Herbert H. Reynolds Award for Meritorious Service to Students, and they were longtime members of the Baylor Development Council. Mrs. Prichard also served on Baylor’s Board of Regents from 1992-2001. Mr. and Mrs. Prichard established the Prichard Family Foundation in 1998, which supports Baptist causes, Baylor University and organizations that support Corpus Christi area charities. The foundation's board of directors, which consists of their two children, Lev H. Prichard IV and Peggy Prichard Fagan, B.A. '92, and close friend, Dr. Craig Christina, associate executive director of executive leadership at Texas Baptists.

Ella Prichard said that her husband would be proud of his family’s work to preserve something he loved so dearly for future generations.

“He would be thrilled about the work the Black Gospel Music Restoration Project has done,” she said. “He never wanted any recognition or publicity, and he wasn’t a scholar, so he would also find some humor that there is an academic chair named after him. He would also be very proud that we’ve been able to make a difference.”

The Prichard Chair supports the Give Light Campaign, which undergirds Illuminate and will impact every aspect of campus life – academics, athletics, student life and service learning – while also bolstering financial support for students and for the priorities of Baylor’s 12 schools and colleges. Endowed faculty positions such as the Prichard Chair will serve as catalysts for growth within areas of research and funding for Illuminate’s five initiatives: Health; Data Sciences; Materials Science; Human Flourishing, Leadership and Ethics; and Baylor in Latin America. The goal of Illuminate is to spur Baylor forward to become America’s preeminent Christian research university. A key factor in these efforts is the increase of research activity among the University’s faculty and doctoral and graduate programs. The strategic plan also emphasizes the four core pillars on which Baylor was built: Transformational Education, Christian Environment, Research and Scholarship and Arts and Athletics.

In 2019, Baylor announced the largest current gift in University history – a $100 million gift to the Give Light campaign. Made by an anonymous donor, the gift builds on the University’s historic strengths and provides a transformational investment in new areas of teaching, research and service. This gift to Baylor is one of only four gifts of $100 million or more to institutions of higher education in Texas. A significant portion of the $100 million gift created a matching fund to launch the Baylor Academic Challenge and provided the lead investment in the Baylor Basketball Pavilion, a state-of-the-art $105 million facility that will become the new home of the men’s and women’s basketball teams.

A significant portion of the $100 million gift created a matching fund to launch the Baylor Academic Challenge, which will maximize Baylor’s investments in promising research and academic programs by matching dollar-for-dollar significant additional gifts from other donors, fueling the University’s academic enterprise. The program seeks to increase the number of endowed faculty positions, helping Baylor generate additional funding to sustain and grow teaching and research in key areas. Another portion of the $100 million gift provided the lead investment in the Baylor Basketball Pavilion, a state-of-the-art $105 million facility that will become the new home of the men’s and women’s basketball teams.