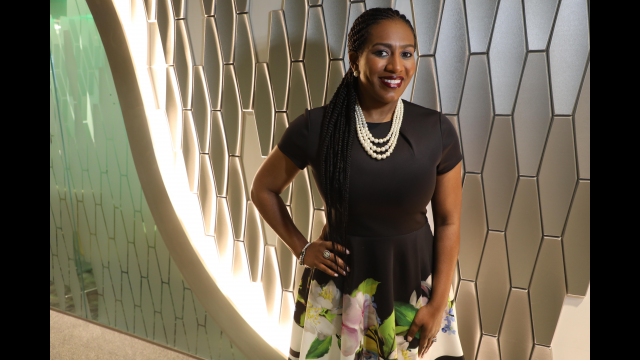 In accordance with the city of Waco’s COVID-19 guidelines, more than a dozen films will be presented during free, socially distanced drive-in film blocks held at churches around Waco; the remaining will be available via virtual HD streaming through the Waco Family & Faith International Film Festival website.

“Once again, the Waco Family & Faith International Film Festival has received very high quality and high-caliber films from around the world in the areas of feature-length, short and student films. In addition, due to the fact that we received so many high-quality animation films, we will be adding an award for the best animation film,” said festival founder and lead producer Tyrha M. Lindsey-Warren, Ph.D., clinical assistant professor of marketing at Baylor University.

In addition, the festival features the Inaugural Celebrity Golf Classic, Toyota Tennis Mixer and launch of the Waco Family & Faith Theater Festival, which will debut with the performance “An Adam Experiment,” the off-Broadway, one-man play about the life of Adam Clayton Powell, Jr., civil rights activist and member of the U.S. House of Representatives. The theater component is done in collaboration with the Waco Civic Theatre.

“We like to host the Waco Family & Faith International Film Festival in February because during Q1 of every year, awards season takes place in Hollywood,” Lindsey-Warren said. “During this time, Hollywood media and the like are open to covering innovative projects that cover diverse voices in Hollywood. In addition, given the backdrop of Black History Month, it also enables us to celebrate the month by presenting positive and empowering images of people of color in films, who are not only in front of the camera, but behind the camera too.”

The festival also welcomes celebrities such as Jimmy Walker, professional golfer, and James Francis, former Baylor football player and NFL linebacker for the Cincinnati Bengals and Washington Redskins, to Waco for the inaugural Celebrity Golf Classic. Festival attendees can also register to participate in the Toyota Tennis Mixer featuring tennis pros, round-robin playing and lunch by purchasing tickets on the the festival’s website.

“We pushed some of our 2021 Champions Award recipients to 2022, so we are also looking forward to bring to Waco and recognizing the Geena Davis Institute on Gender in Media, Vivian and Ray Chew, musical director for Dancing with the Stars, and Leah and Drew Lachey, singer in the musical group 98 Degrees, to name a few,” said Lindsey-Warren.

While the 2022 festival is more than a year away, Lindsey-Warren and festival coordinators are preparing to expand their reach.

“Right now, I am really missing the ability to not have the opportunity to present ‘Talk Backs’ and engaging conversations after each film block. However, we have already accepted a small cadre of films for 2022 and will feature the documentary, ‘A Life’s Work,’ that highlights Baylor Professor Robert Darden and his work with Baylor’s Black Gospel Music Restoration Project,” said Lindsey-Warren. “I recently shared with Professor Darden that I am looking forward to presenting this film as well as hearing him discuss his life’s work in the ‘Talk Back’ next year, along with the filmmaker, David Licata.”

Visit the festival’s website for more information and a full event schedule.