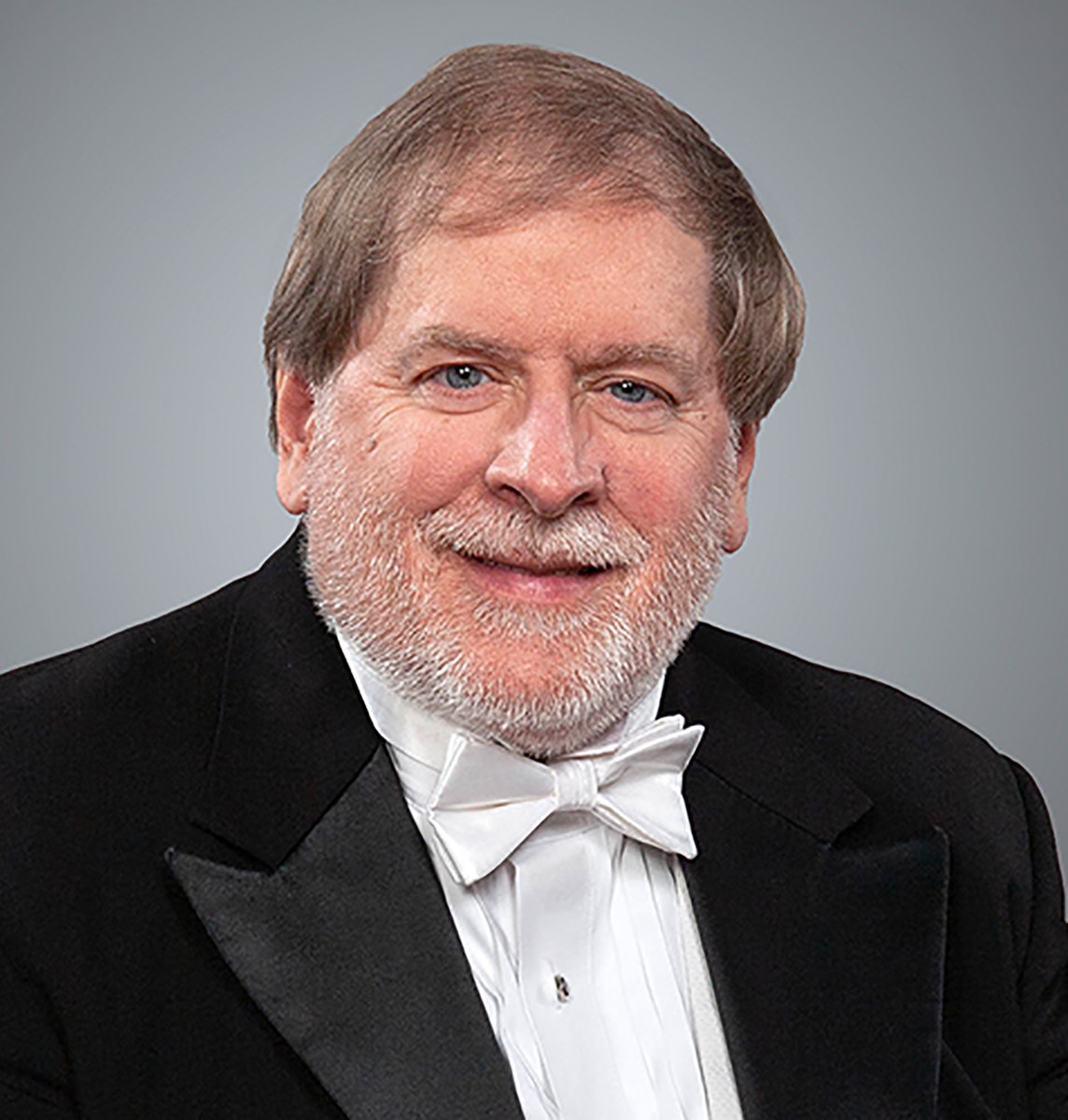 Stephen Heyde, The Mary Franks Thompson Professor of Orchestral Studies and Conductor-in-Residence in the School of Music at Baylor University, has received the nationally acclaimed 2020 Arlin G. Meyer Prize in Music Performance from the Lilly Fellows Program.

WACO, Texas (Oct. 21, 2020) – Stephen Heyde, The Mary Franks Thompson Professor of Orchestral Studies and Conductor-in-Residence in the School of Music at Baylor University, has received the nationally acclaimed 2020 Arlin G. Meyer Prize in Music Performance from the Lilly Fellows Program.

The 2020 Prize was awarded to Heyde for the performance he led of Gustav Mahler’s Symphony No. 2 in C Minor, “Resurrection” that was presented Feb. 8, 2019, in Jones Hall on campus for the President’s Concert: Baylor Symphony; A Cappella Choir; Concert Choir.

“I am so grateful for the support of Baylor University and the School of Music and for the opportunity to work at a Christian university where the full theological implications of a piece that is overtly spiritual like the Mahler can be fully and thoughtfully discussed and emphasized,” Heyde said. “In institutions without that freedom, where one must ignore the Christian implications, the effectiveness of the piece is significantly impaired. This work is about life and death and most importantly, life after death. It is a deep and emotional reflection of the faith we profess.”

The prize honors the late Arlin G. Meyer, professor of English at Valparaiso University, who served as program director of the Lilly Fellows Program in Humanities and the Arts from its inception in 1991 until his retirement in 2002. The biannual prize that bears his name honors a work that emerges from the scholar’s practice of the Christian artistic and scholarly vocations.

“I am so pleased that the Arlin G. Meyer Prize in 2021 is being awarded to Professor Stephen Heyde in the School of Music here at Baylor University. Since assuming my role as the dean of the School of Music in 2015, I have attended every performance of the Baylor Symphony Orchestra (BSO), a group that Professor Heyde has built into one of the finest university orchestras in the United States over his distinguished tenure here spanning more than three decades,” said Gary Mortenson, D.M.A., dean of the Baylor School of Music. “The wonderful musicians who perform with the BSO are completely dedicated to the pursuit of the highest levels of excellence in the performance of the musical masterpieces that define that repertoire.

“They are equally dedicated to their inspiring maestro who demands nothing but their best efforts. The BSO does not sound like a university orchestra. It sounds like a professional orchestra, and a very good one at that,” Mortenson said. “When the BSO performs music, my ears are processing the music they are performing with highly critical ears. That said, it is just so much fun at this stage in my career to listen to an orchestra, full of young and enthusiastic talent, performing and responding to the direction received from the podium.”

Heyde was one of six finalists this year who represented universities across the country, including University of Notre Dame, Samford University, Whitworth University, Biola University and LeTourneau University. The Prize will be awarded to Heyde at the Lilly Fellows Program National Conference at Boston College in October 2021.

The Baylor Symphony Orchestra is Baylor’s flagship orchestra, dedicated to the quality performance of the orchestral repertoire and to the professional and artistic growth of its members. Initiated in 1946, the Baylor Symphony has had only two permanent conductors. Founding director Daniel Sternberg passed the baton to Stephen Heyde in 1984. In a typical semester, 90 to 100 Baylor students, hailing from more than two dozen states and several foreign countries, perform in the ensemble.

The Baylor Symphony has an extensive performance schedule on and off campus, annually presenting four to six concerts of standard orchestral repertoire, a full opera production and other events such as concerto accompaniments, new music readings and choral/orchestral collaborations. The orchestra also presents a series of concerts each year to an audience of more than 6,000 Waco-area schoolchildren, a tradition since 1946.

The orchestra has taken international tours to Belgium and Costa Rica, performed at Texas Music Educators Association Conventions eight times and at a National Conference of the American String Teachers Association and been awarded the American Prize in the University/College division five out of the last six years. Through the years, the 90-member Baylor Symphony has worked with many distinguished performers, among them Van Cliburn, Robert Shaw, Josef Gingold, Corey Cerovsek, Jacob Druckman, Lorin Hollander and Peter Schickele.

ABOUT THE BAYLOR UNIVERSITY SCHOOL OF MUSIC

The Baylor University School of Music provides transformational experiences that prepare students for careers in music. Students thrive in a Christian environment characterized by a nurturing resident faculty, an unwavering pursuit of musical excellence, a global perspective, dedication to service and devotion to faith. They investigate the rich musical and cultural heritage of the past, develop superior musical skills and knowledge in the present, and explore and create new modes of musical expression for the future. While preparing for future leadership roles, students join with School of Music faculty in enhancing the quality of community life, enriching the larger culture and making Baylor a place in which heart, mind and soul coalesce. Baylor’s School of Music is a member of the National Association of Schools of Music and the Texas Association of Music Schools. Degree programs include bachelor’s and master’s degrees in performance, music education and academic majors, as well as doctoral degrees in church music. Degrees leading to the Bachelor of Music Education conform to certification requirements of the Texas Education Agency. Visit baylor.edu/music to learn more.