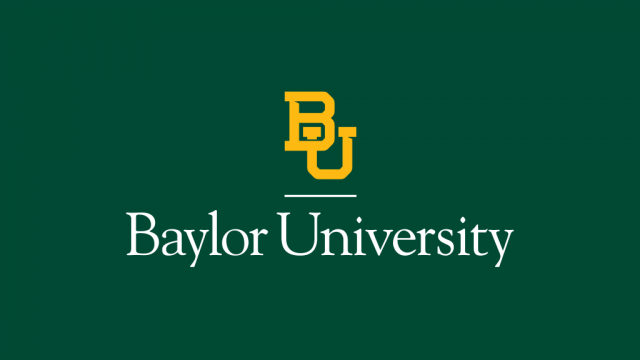 Board also establishes Commission on Historic Campus Representations to review the historical context of the University and its connection with all statues, monuments and buildings

WACO, Texas (June 26, 2020) – As both "an opportunity and an obligation to pursue racial healing as an expression of the Christian faith and adherence to Biblical principles of justice and love," the Baylor University Board of Regents has unanimously passed a Resolution on Racial Healing and Justice that openly acknowledges the University's historical connections to slavery and the Confederacy. The Board's acknowledgement initiates a process on racial conciliation across the University and calls on the Board and the University to "pursue opportunities to inclusively explore and engage in significant conversations about this aspect of the institution's past."

With a mission to "educate men and women for worldwide leadership and service by integrating academic excellence and Christian commitment within a caring community," the Board stated that the University's "Christian commitment is inconsistent with racism in any form."

In its Resolution, the Board outlined its acknowledgement and recognition of the University's historic connections to slavery from its chartering on Feb. 1, 1845, by the Republic of Texas, and during its first decades of operation as an institution of higher education in Independence, located in Washington County, Texas. Baylor moved from Independence to Waco, Texas, in 1886.

The full resolution is available on the Board of Regents website.

The Board's Resolution acknowledged the University's historical connections to slavery and the Confederacy, including:

In acknowledging and recognizing its historic roots, the Board's resolution includes:

As an extension of the administration's important, ongoing work of racial conciliation, the Board's Resolution included the establishment of the Commission on Historic Campus Representations at Baylor University, an advisory committee to provide guidance on presenting Baylor's history as the University continues working to foster an environment through which racial equality is inextricably linked to its mission, and in which students, faculty, staff, alumni and friends of color know they are valued and loved throughout the Baylor community, both on campus and in all reaches of the Baylor Family.

The Commission's work will include reviewing the historical context of the University and its connection with all statues, monuments, buildings and other aspects of the campus in reference to their physical location, placement and naming. By the end of the fall 2020 semester, the Commission will provide its observations for consideration by the administration and Board of Regents. Appointments to the Commission - which will include voices from across the University, including students, faculty, staff and alumni - will be announced within the next two weeks.

The Resolution, which was shared with all constituencies of Baylor University in a spirit of openness and transparency, concluded with an expression of the Board's recommitment to providing a Christ-like compassion and dedication to equality, justice and conciliation at Baylor, throughout our state and nation and among all people.

Board Chair Mark Rountree, BBA '86, MTA '87, said that over the past months, members of the Board of Regents "have been fully awakened to the injustices faced daily by our brothers and sisters of color," which has challenged the Board to "ask ourselves not only where our own personal biases have taken hold, but also where the organizations we lead and serve have opportunities to denounce racism and pursue change and a brighter future."

The Board issued its Resolution, Rountree said, to "codify its dedication to these efforts and to document the actions it will take to further the pursuit of a University committed to excellence in all things and striving to openly and actively ensure a campus community where every individual feels valued and equally a part of the pursuit of the University's mission today and for the future.

"President Linda A. Livingstone, Ph.D., whose leadership has already yielded multiple initiatives to examine and institute systems and conversation that lead to change, has engaged the Board in vital conversations about Baylor's response and future actions," Rountree said. "The Board has offered its full support and is committed to work hand-in-hand with University Administration to ensure Baylor is taking tangible steps to pursue equality and justice for our students, faculty, staff and all of the Baylor Family."

"I commend the Board of Regents for stepping forward with a truthful acknowledgment of the University's past, including its connections to slavery and the Confederacy," said Baylor President Linda A. Livingstone, Ph.D. "Now is the time for Baylor, as a Christian university, to look deeply within our hearts, and listen and learn with humility about our past and from voices that have been unheard for years while also taking tangible steps forward. We must understand that we are all God's children. As president, I am firmly committed to ongoing open conversations and the hard work ahead of confronting systemic racism, injustice and inequality at our University, historic and cultural representations on our campus and the deeply painful experiences of racism shared by current and former students, faculty and staff."

Actions that the University has announced previously include: