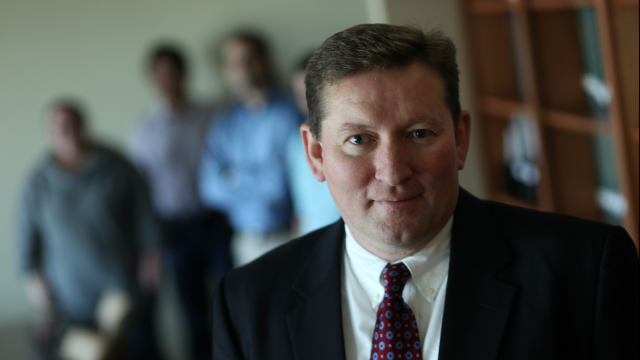 Brooks is Distinguished Professor of Environmental Science and Biomedical Studies at Baylor and director of the Environmental Health Science Program.

“As editor-in-chief, I plan to thoughtfully and seamlessly engage the new editors-in-chief of Environmental Science & Technology, ACS ES&T Water, ACS ES&T Engineering and ACS Sustainable Chemistry and Engineering, particularly as the scopes of ACS ES&T Water and ACS ES&T Engineering are developed,” Brooks said. “Because manuscripts describing cross-disciplinary research or addressing emerging issues are of particular interest to Environmental Science & Technology Letters, I also hope to develop a new article type, ‘Global Perspectives,’ which will intentionally provide synthesis, critiques and recommendations on contemporary and strategic topics of international importance.”

Published as soon as accepted and summarized in monthly issues, Environmental Science & Technology is an international forum for brief communications on experimental or theoretical results of exceptional timeliness in all aspects of environmental science (pure and applied), including human health, and short reviews on emerging environmental science and technology topics. With an impact factor of 6.934, over 3,500 citations and approximately a quarter-million downloads in 2019, the journal has quickly established itself as a leader in the environmental science community.

The American Chemical Society (ACS) is a nonprofit organization chartered by the U.S. Congress. ACS’ mission is to advance the broader chemistry enterprise and its practitioners for the benefit of Earth and its people. The Society is a global leader in providing access to chemistry-related information and research through its multiple research solutions, peer-reviewed journals, scientific conferences, eBooks and weekly news periodical Chemical & Engineering News. ACS journals are among the most cited, most trusted and most read within the scientific literature; however, ACS itself does not conduct chemical research. As a specialist in scientific information solutions (including SciFinder® and STN®), its CAS division powers global research, discovery and innovation. ACS’ main offices are in Washington, D.C., and Columbus, Ohio.