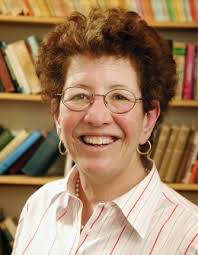 “Kalman is an exceptional constitutional scholar whose work is widely and deeply respected,” said David Clinton, Ph.D., chair of political science in Baylor’s College of Arts & Sciences. “Her main focus — United States 20th century legal history — is both interesting and relevant. Her newest book on the 1960s is one of the best volumes written on the important transition from the New Deal era to post-New Deal politics.”

Kalman’s lecture will address how the politics of the 1960s is still felt today. She will discuss this topic especially in relation to the Supreme Court, where lifetime appointments, institutional traditions and judicial precedents play a crucial role. The lecture will demonstrate the importance of history, such as how it shapes political culture and reaches into the future to shape the direction of our nation, Clinton said.

Kalman earned her J.D. from University of California, Los Angeles, and her Ph.D. from Yale University. She is a member of the California Bar Association and is the past president of the American Society for Legal History. She has written numerous publications, including her most recent, “The Long Reach of the Sixties: LBJ, Nixon and the Making of the Contemporary Supreme Court.”

The lecture, hosted by the department of political science, “deals with issues of public law and the importance of constitutional interpretation,” Clinton said. “The speaker usually draws from original research, but the talk itself is designed to appeal to a wider audience. It highlights the relevance of law and courts in an accessible manner — especially in a way that Baylor undergraduate students can appreciate.”

Robert T. Miller, Ph.D., devoted his life to Baylor University and the teaching of political science. He received his B.A. and M.A. degrees from Baylor prior to earning his Ph.D. in government at the University of Texas at Austin. He taught at Baylor from 1946 to 1995, having offered courses in virtually every area of political science over those years. He served as the chair of political science from 1962 until 1990, when he was appointed The R.W. Morrison Distinguished Professor of Political Science. Miller passed away in 1996, but his legacy lives on each year through the lecture series at Baylor.

The event is free and open to the public. For more information, visit the department of political science website.