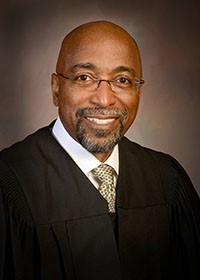 Judge Foley was the first African American to ever be appointed to the United States Tax Court, and was appointed as the Chief Judge of the Tax Court in February of 2018. Foley is also an adjunct professor at the University of Colorado School of Law and University of Baltimore.

“Chief Judge Foley is a person of great faith and will talk about his faith and work in the government,” said Doug Weaver, Ph.D., director of undergraduate studies and professor of Baptist studies in the department of religion in Baylor’s College of Arts & Sciences.

The event will take place from 3:30 to 5 p.m. at Bennett Auditorium in the Draper Academic Building, 1400 S. Seventh St. The event is free and open to the public.

The annual symposium is named in honor of G. Hugh Wamble, Ph.D., professor of church history at Midwestern Theological Baptist Seminary in Missouri from 1959 until his death in 1991. At the request of Beverly Wamble, the Dawson Institute received a donation to establish the G. Hugh Wamble and Beverly C. Wamble Fund for Religious Liberty in 1997.