What Is Black Twitter and How Is it Changing the National Conversation? Baylor Expert Explains. 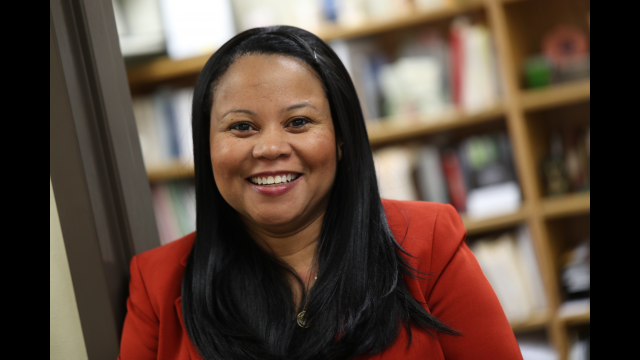 WACO, Texas (Feb. 19, 2019) – “Black Twitter” is a social media phenomenon that is changing the national conversation, but many people – including professional and strategic communicators – do not understand what it is or how it works, says Baylor University’s Mia Moody-Ramirez, Ph.D., professor of journalism, public relations and new media.

Moody-Ramirez is a nationally recognized expert on mass media representations of minorities, women and other underrepresented groups. She coauthored the 2018 book From Blackface to Black Twitter: Reflections on Black Humor, Race, Politics, & Gender with Janette L. Dates, Ph.D., educator and critical commentator on the images of African-Americans in media.

“We conclude [in our book] that alternative spaces, such as Twitter, offer a platform for ideas and concerns from a black perspective about social inequalities, politics and social justice, that were historically prohibited from taking root in other communication venues,” Moody-Ramirez said.

When do you see the most Black Twitter activity?

Much of the content on Black Twitter surfaces during a crisis that impacts black people such as race-related incidents that had less than favorable outcomes for the black community. As the saying goes, if society doesn’t handle it, then Black Twitter will step in to handle it. On a lighter note, Black Twitter users also collectively discuss media content such as TV shows, movies and award ceremonies from the black perspective.

How can people monitor what’s happening via Black Twitter?

If someone outside the African-American community feels passionate about an issue or supports an issue raised by the Black Twitter community, how can they engage? Should they?

As with any other platform, they should be considerate and proceed with caution. Anyone who is not a regular should make sure what they are sharing is appropriate.

Do you see Black Twitter or similar movements emerging on other social media platforms?

Not to the same extent because Black Twitter is driven by hashtags and certain Twitter users who are trendsetters.

Is Black Twitter a reflection or an extension of other historical, social African-American grassroots movements?

African Americans have used Twitter to share narratives on issues of interest to the black community, particularly in the United States. In her 2015 dissertation, Dr. Meredith Clark writes that African-American Twitter users have emerged as a subset of interest for two reasons – (1) their representation on Twitter has eclipsed that of White U.S. users; (2) because of their representation, they possess a unique ability to dramatically influence Twitter trends.

How do you feel Black Twitter will evolve? Will it?

Scholars such as Feminista Jones and Dr. Meredith Clark have traced the history and content of Black Twitter, noting that the platform is used to share content on timely topics such as racial inequalities, politics, police brutality and women’s rights. In 2013, Feminista Jones described “Black Twitter” as a “collective of active, primarily African-American Twitter users who have created a virtual community that participates in continuous real-time conversations.”