Race, Culture Expert Shares History and Why Blackface and Other Cultural Appropriation at Halloween Is Inappropriate 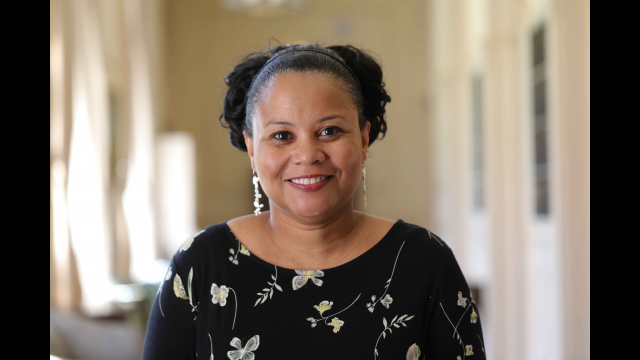 “When in doubt, choose a different costume,” Baylor expert says

WACO, Texas (Oct. 25, 2018) – Megyn Kelly, host of NBC’s “Megyn Kelly Today,” is facing national criticism for her suggestion during a roundtable discussion this week that it was OK for white people to dress in blackface for Halloween. After two days of backlash, media accounts reveal that the future of her career is in question.

But the questions she raised regarding blackface and cultural appropriation should be addressed, especially as Halloween approaches, said Mia Moody-Ramirez, Ph.D., professor of journalism, public relations and new media in Baylor University’s College of Arts & Sciences. She is a nationally known expert on mass media representations of minorities, women and other underrepresented groups and coauthored the new book "From Blackface to Black Twitter: Reflections on Black Humor, Race, Politics, & Gender."

“When you know better, you do better,” she said.

At its base form, she said, blackface is the use of makeup by a nonblack person to appear black. She added that many people do not understand why the seemingly simple act of a white person darkening his skin like a black person at Halloween – even if it’s an act to honor a favorite entertainer or sports figure – can be offensive.

“Dressing in blackface during Halloween is inappropriate because the blackface tradition is founded upon the enactment of demeaning stereotypes of black people,” Moody-Ramirez explained. “Blackface has been frowned upon since the blackface minstrel shows of 18th and 19th centuries when various aspects of African/African American culture were appropriated and used for profit. Dressing up in blackface invokes representations of unflattering images of blacks as lazy, unintelligent and criminal in nature.”

Yet the issue is bigger than blackface. Any cultural appropriation – defined as the adoption of elements of a minority culture by members of the dominant culture – can be deemed inappropriate and offensive.

Common cultural appropriation missteps include darkening one’s face, wearing ethnic garb and/or dressing up to provoke laughter rather than show respect for a group/person, she said.

“When considering a costume, think of whether it would show honor or disrespect for a group/person,” Moody-Ramirez advised. “If you don’t know the meaning of the ethnic attire you are considering for Halloween, you shouldn’t wear it. For instance, tribal markings, headdresses and turbans would not be appropriate costume attire because they are tied to a specific ceremony or religious meaning.”

Showing respect for other cultures should include honoring their traditions.

“Some cultures have laws that ban or restrict individuals from wearing religious attire in public places. Other cultures save certain attire for special ceremonies and honors,” Moody-Ramirez said.

Moody-Ramirez offered the following tips to consider when choosing a Halloween costume this year.

• Avoid dressing in a costume that will reflect another ethnicity or culture.

• Choose something that is fun and tasteful – animals, movie characters (without darkening your skin), ghosts, ghouls, etc.

• If you dress like someone of a different ethnicity/culture, don’t darken your face or emphasize features like eyes, teeth or noses.

• Think about whether the costume will be perceived as tasteful or tasteless.

• Use the grandmother test. If you post it on social media, would your grandmother be proud or disappointed?

“When in doubt,” she said, “choose a different costume.”

Mia Moody-Ramirez, Ph.D., is the director of graduate studies, director of American studies and professor of journalism, public relations and new media in the Baylor University College of Arts & Sciences. Her research emphasizes mass media representations of women, minorities and other underrepresented groups. She recently coauthored the book "From Blackface to Black Twitter: Reflections on Black Humor, Race, Politics, & Gender." Other books include: “The Obamas and Mass Media: Race, Gender, Religion, and Politics (Palgrave Macmillan) with Dr. Jannette Dates, and “Black and Mainstream Press’ Framing of Racial Profiling: A Historical Perspective” (University Press of America).

Ramirez is head of the Minorities and Communication division of the Association for Education in Journalism and Mass Communication (AEJMC), which is committed to advancing research, teaching and professional freedom and responsibility scholarship and initiatives that explore the relationship between racial and ethnic minorities and mass communication. In August, she was presented with AEJMC’s Lionel Barrow Jr. Award for Distinguished Achievement in Diversity Research and Education and also was recognized as one of nine Institute for Diverse Leadership in Journalism and Communication Fellows.

ABOUT BAYLOR’S COLLEGE OF ARTS & SCIENCES