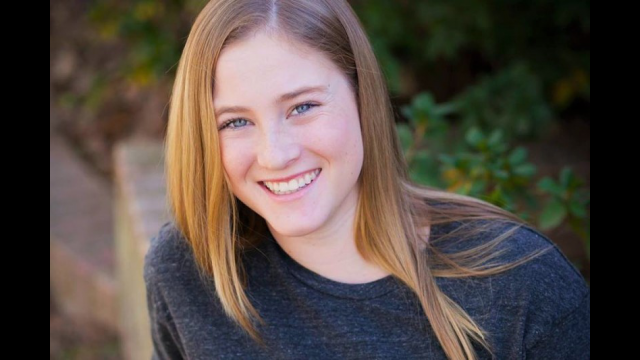 Carter Anne Jones, a junior majoring in international studies and Russian at Baylor University, has been awarded the prestigious David L. Boren Scholarship to study in Indonesia for the 2018-2019 academic year.
Tweet
June 6, 2018

WACO, Texas (June 6, 2018) – Carter Anne Jones, a senior majoring in international studies and Russian at Baylor University, has been awarded the prestigious David L. Boren Scholarship to study in Indonesia for the 2018-2019 academic year.

Boren Scholarships, an initiative of the National Security Education Program, provide unique funding opportunities for U.S. undergraduate students to study less commonly taught languages in world regions critical to U.S. interests. Like Jones, Boren Scholars represent a vital pool of highly motivated individuals who wish to work in the federal national security arena. In exchange for funding, Boren Scholars commit to working in the federal government for at least one year after graduation.

A native of Tyler, Jones became interested in the Boren Scholarship after meeting with the Diplomat in Residence for Texas.

“Baylor students had the opportunity to meet with her one on one, and during the meeting I told her I was looking for more programs that placed a major emphasis on national security. She thought that the Boren would be a great program to look into,” Jones said.

Jones will use her Boren Scholarship to study Indonesian through the Indonesian Flagship Language Initiative, which provides for intensive language study of Indonesian and cultural immersion through domestic and overseas language programs. She will study this summer at the University of Wisconsin and then take part in a year of study abroad. During the fall, she will study at the State University of Malang (UM) in Indonesia through the American Councils for International Education, then spend the spring semester with ACICIS, Australian Consortium of “In-Country” Indonesian Study, in Yogyakarta. Both are funded by the Boren.

“I chose Indonesia, because my interest in the region skyrocketed during my internship last summer in Washington, D.C., with the House of Representatives,” Jones said. “I had the opportunity to attend various briefings focused on Southeast Asia and was fascinated that Indonesia is both a democracy and the largest Muslim majority country in the world. After researching the Boren, I noticed they were opening up the IFLI and thought it would be a perfect fit.”

At Baylor, one of Jones’ majors, international studies, is an interdisciplinary program through the department of political science. Students learn about regions of the world, as well as social, political and economic issues confronting actors in the international environment. When she set foot on the Baylor campus as a high school student, she knew Baylor was the right university for her.

“I chose Baylor University for its Christian atmosphere, astounding reputation and strong community,” Jones said. “My junior year I participated in a tour, and afterwards I knew Baylor would be where I would be spending the next four years of my life.”

Jones also has studied with some of Baylor’s top language faculty, including Michael Long, Ph.D., professor of German and Russian and interim chair of modern languages and cultures, and Adrienne Harris, Ph.D., associate professor of German and Russian, which led to an opportunity to spend the spring semester studying abroad in Voronezh, Russia. She also completed internships in Washington, D.C., and with the Department of State at the Embassy of Ottawa. A hallmark of a Baylor education, Jones’ faculty mentors provided important support and guidance during her time at Baylor.

“Dr. Long has always created a fun learning atmosphere in his classroom. Studying a foreign language is very challenging, and can even be discouraging at times, but Dr. Long does a great job of continually encouraging his students and is always willing to meet us at times most convenient to our schedules,” Jones said. “Dr. Harris has also been someone who has encouraged me throughout my language studies. Whenever I felt discouraged, she was always there to motivate me to continue studying and would ensure that my hard work would pay off.”

“The Boren Scholarship will help Carter Anne achieve her career goals of work with the State Department or Department of Defense as a security analyst,” said Baylor’s Boren representative Frieda Blackwell, Ph.D., professor of Spanish and associate dean for undergraduate studies in the humanities in the College of Arts & Sciences. “With skills in both Russian and Indonesian, she will have flexibility to work with these government entities dealing with security issues in two different parts of the world, but both critical to the United States’ security.”