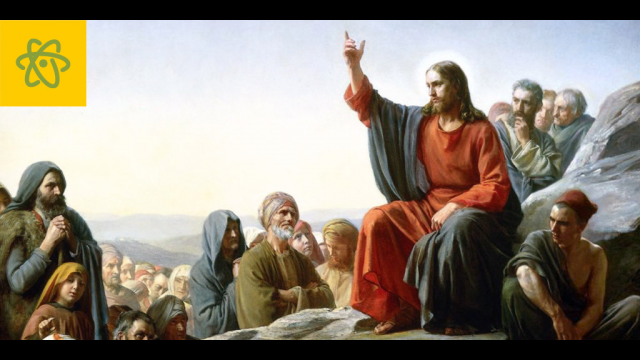 Baylor University's Center for Christian Philosophy (BCCP) and the Institute for Studies of Religion (ISR) have been awarded a three-year, $2 million research grant from Templeton Religion Trust.
Tweet
April 25, 2018

WACO, Texas (April 25, 2018) – Baylor University’s Center for Christian Philosophy (BCCP) and the Institute for Studies of Religion (ISR) have been awarded a three-year, $2 million research grant from Templeton Religion Trust (TRT), which will allow a multidisciplinary team of scholars to study the virtue of accountability and its relation to other human goods, including conscientiousness, empathy, humility, forgiveness and gratitude. The research project will begin this fall.

“Accountability is a much-discussed topic, but it is usually considered either in terms of when to hold people accountable or when they feel accountable,” said project director C. Stephen Evans, Ph.D., University Professor of Philosophy and Humanities in Baylor’s College of Arts & Sciences, ISR Distinguished Senior Fellow and BCCP director.

The research team will look at accountability as a virtue people can show within a wide variety of social relationships. It’s the trait possessed by people who welcome being accountable to others, providing transparent explanations of their decisions and behavior to those in appropriate roles, and who are willingly accountable for their attitudes, thoughts, emotions and actions, thereby working to improve or correct their responses when appropriate.

“When people welcome being accountable to those in appropriate authority (which may include subordinates and peers), accountability is a benefit to human flourishing,” Evans said. He noted that since humans are held accountable both to each other and to God, this virtue can be manifested both in human relationships and in relation to God.

Along with Evans, Byron R. Johnson, Ph.D., Distinguished Professor of the Social Sciences and ISR director, and Sung Joon Jang, Ph.D., research professor of criminology at ISR, will serve as project co-directors, while Charlotte Witvliet, Ph.D., professor of psychology at Hope College, will be the principal investigator for a major subaward given to Hope.

“We want to understand how accountability is experienced and embodied as a virtue in relationship to positive psychology, mental health and religion,” Witvliet said.

The multidisciplinary project will be carried out from scholars in many fields, including philosophy, theology, psychology, psychiatry, sociology and criminology. In addition to Evans, Johnson, Jang and Witvliet, the team includes John R. Peteet, M.D., associate professor of psychiatry, Harvard Medical School; Andrew B. Torrance, Ph.D., lecturer in theology, University of St. Andrews; and Robert C. Roberts, Ph.D., Distinguished Professor of Philosophy Emeritus at Baylor.

“The philosophers and theologians will primarily be responsible for the conceptual work, while the psychologist, two social scientists and a psychiatrist will be primarily responsible for the empirical work. However, thanks to a one-year inception grant from TRT, our team of scholars has already realized the enormous benefit of working together as a team,” Evans said.

The Templeton Religion Trust is especially interested in scholarship that is field-changing, Johnson said. In addition to seeking philosophical and theological understanding of the virtue, he said one of the key objectives will be to develop tools to measure the trait empirically, both to gain a clear understanding of its relation to other traits and to discover how the virtue might be developed and strengthened.

Johnson added that “in order to build momentum for this new line of study, our research will be promoted and disseminated widely through a summer workshop, a major public conference on accountability, a series of popular essays, articles in peer-reviewed journals and books.”

Roberts, who specializes in moral psychology and virtue ethics, believes it is possible “to raise awareness of this virtue to influential religious leaders and opinion-shapers representing diverse constituencies,” while Jang said, “We are optimistic our research and its accompanying outputs will be catalytic in opening up a new field of academic inquiry within multiple academic disciplines, as well as applied settings.”

Launched in August 2004, The Baylor Institute for Studies of Religion (ISR) exists to initiate, support, and conduct research on religion, involving scholars and projects spanning the intellectual spectrum: history, psychology, sociology, economics, anthropology, political science, philosophy, epidemiology, theology, and religious studies. Our mandate extends to all religions, everywhere, and throughout history. It also embraces the study of religious effects on such things as prosocial behavior, family life, population health, economic development, and social conflict. While always striving for appropriate scientific objectivity, our scholars treat religion with the respect that sacred matters require and deserve.

The BCCP aims to bring the sophia of Christ to bear upon fundamental ideas concerning humanity’s place in the cosmos, and, in the light of this divine wisdom, to examine important issues that arise when humans try to live the Gospel in the modern world. As a unique institution with a distinctively Christian mission and a high research output, Baylor has many faculty across the disciplines who are engaged in the integration of faith and scholarship. The BCCP brings key scholars together to collaborate in the BCCP mission and objectives.