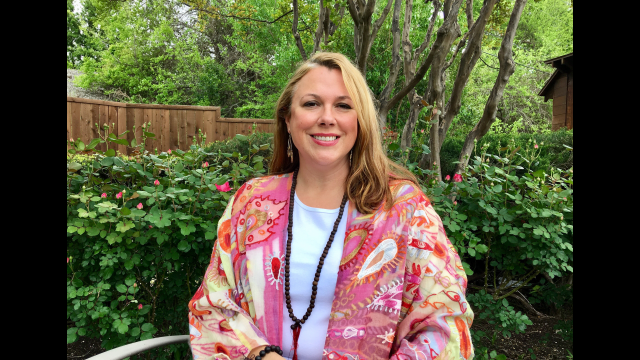 WACO, Texas (April 19, 2018) – Recent Baylor University nursing graduate Amanda Ward Braswell, B.S.N. ’17, of Carrollton, Texas, has been selected to receive a prestigious Fulbright grant to India. She is among three Fulbright recipients this spring and Baylor’s 52nd Fulbright recipient since 2001.

As the flagship international educational exchange program sponsored by the U.S. government, the Fulbright Program aims to increase mutual understanding between the people of the United States and the people of other countries.

Beginning this fall, Braswell – a registered nurse in the Bone Marrow Transplant unit at Medical City Dallas – will live in Bengaluru on the Bangalore Baptist Hospital (BBH)/Rebekah Ann Naylor School of Nursing (RANSON) campus. She will conduct her research project with residents from DJ Halli, the largest slum in Bangalore, where illiteracy is high and a variety of health disparities exist.

“The No. 1 cause of death in India is non-communicable disease, such as cardiovascular disease, and this is something that can be prevented if people have the knowledge about modifying certain aspects of their diet, for example,” Braswell said. “So my project will study the perception of food, dietary habits and the accessibility of food and find the link to cardiovascular disease with the goal of bridging the knowledge gap.”

Braswell became interested in Bengaluru, India, its people and culture during a mission trip in July 2017 with two professors – Shelby Garner, Ph.D., assistant professor of nursing, and Lyn Prater, Ph.D., clinical professor of nursing – and five peers from Baylor’s Louise Herrington School of Nursing. Through a partnership with BBH/RANSON, Braswell and her colleagues taught about 200 nurses at the hospital how to initiate intravenous punctures while reducing the risk for infection. They also conducted research on the effectiveness of their teaching. While there, they visited DJ Halli and other rural parts of the city.

“Both Dr. Garner and Dr. Prater exude grace, compassion and the type of servant leadership that I strive for,” Braswell said. “I am inspired by both of their contributions to nursing research in India. I am inspired by the way that they put other people before themselves and the sacrifices they make to mentor students, while molding us into the best nurses that we are capable of becoming. They have developed relationships with professionals all over the world, and I absolutely adore them.”

During her time on the BBH/RANSON campus, Braswell also attended the ribbon cutting for the site’s simulation center, the result of research by Garner – a Fulbright Scholar herself – that identified a need for nursing students and nurses to have simulation training, as they have at LHSON.

“That week changed my life in a way. I never realized how impactful research could be for a community, especially beneficial for low-income communities and communities with vulnerable populations,” Braswell said. “And anyone can be a change maker – all it really takes is for someone to care enough to put in the work and effort. I knew that as a registered nurse, I would have the qualifications to conduct my own research and facilitate change on any level. Seeing this building, full of high-tech mannequins and technology that will create life-saving scenarios and develop nursing skills for the nurses and nursing students on campus (and around Bangalore), opened my eyes. There is so much work to be done in India.”

Braswell’s path to Baylor was different than most. She was a nontraditional student who completed nursing prerequisites through Dallas County Community College, but by happenstance, discovered Baylor’s nursing school during an Earth Day Texas event at Fair Park in the spring of 2015. She started the nursing program in January 2016.

“Baylor/LHSON appealed to me because of the reputable Baylor name and that they accepted transfer students,” she said.

Garner got to know Braswell on the 2017 mission and research trip to India, seeing her as a natural leader among her peers.

“During the trip, she demonstrated cultural humility as she openly embraced every opportunity to serve those in India while concurrently learning from them,” Garner said. “Amanda approached me shortly after returning from India with a desire to have a sustained relationship with our global partners at Bangalore Baptist Hospital. Of course, I was overjoyed as the mission of our school is to prepare students for worldwide service and our motto is to ‘Learn. Lead. Serve.’ We explored several opportunities, and the Fulbright seemed to be the best fit. Even though it was a short deadline, I was impressed with how Amanda worked so diligently to complete the application requirements.”

After her Fulbright year, Braswell said she hopes to publish her research findings, which will complement Garner’s work with a team of multidisciplinary researchers through a Baylor University Social Innovation Collaborative (BAY-SIC) grant funded by the Provost’s Office. Garner’s team is researching and developing a mobile health application to improve hypertension literacy outcomes in India. Her academic partners are Hope Koch in business, Julia Hitchcock in art and Phil Young in business statistics.

Braswell also plans to return to Medical City Dallas, with graduate work certainly in her future.

“I want to enroll in a graduate program. I would love to earn my master’s degree, D.N.P. or Ph.D. while continuing nursing research. I would love to continue my education at Baylor University,” Braswell said.

Braswell is a 1996 graduate of Lake Dallas High School in Lake Dallas, Texas. She is the daughter of John and Mattie Kurtz and the late Lucius L. Ward Jr. and proud mother of Dylan Ledford.

Fulbright alumni have become heads of state, judges, ambassadors, cabinet ministers, CEOs, and university presidents, as well as leading journalists, artists, scientists and teachers. They include 59 Nobel Laureates, 82 Pulitzer Prize winners, 71 MacArthur Fellows, 16 Presidential Medal of Freedom recipients and thousands of leaders across the private, public and nonprofit sectors. Since its inception in 1946, more than 380,000 “Fulbrighters” have participated in the Program.