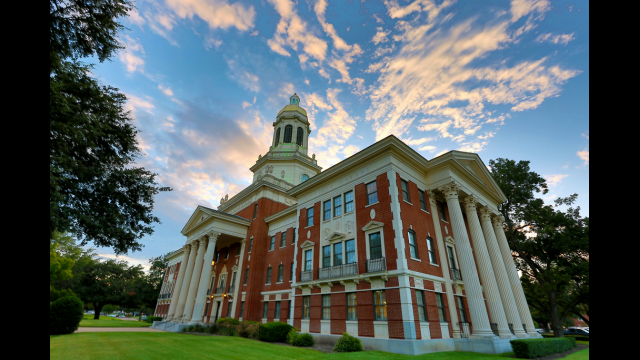 WACO, Texas (Feb. 16, 2018) – During its regular February meeting, the Baylor University Board of Regents received a status update from Baylor President Linda A. Livingstone, Ph.D., on the Academic Strategic Plan – called Illuminate – which will represent the second phase of the University’s Pro Futuris vision over the next five years.

The title of the plan refers to language taken from Pro Futuris, with “illuminate” cited eight times in the vision plan released in 2012. The light theme connects with Baylor’s current marketing campaign, “Where Lights Shine Bright,” and Illuminate will provide the foundational framework for a future comprehensive fundraising campaign.

“Pro Futuris signifies a growing academic enterprise dedicated to the search for new knowledge, not simply for the sake of knowledge, but for the love of all truth illuminated by our Christian faith,” President Livingstone said. “There is much more work to be done between now and May on the Illuminate plan, but our goal remains constant: To bring light to the world as a preeminent Christian research university, building on Baylor’s historic strengths and strategically investing in key areas of research.”

Led by President Livingstone and Interim Provost Michael K. McLendon, the Illuminate Academic Strategic Plan has come together over the past several months through a University-wide process that included the robust engagement of deans and department chairs and the involvement of faculty from Baylor’s 12 colleges and schools.

Illuminate contains four pillars that build on the aspirations in Pro Futuris that Baylor will be a community recognized for:

As President Livingstone presented her status report on Illuminate to the Board, she centered on the plan’s four focus areas: Academics, Facilities, Financing and Fundraising. In continued development are the plan’s multidisciplinary “signature” academic initiatives, which focus on key challenges facing society today.

As part of the ongoing Baylor Conversation Series, President Livingstone and Interim Provost McLendon will be presenting the Illuminate Academic Strategic Plan and gathering feedback to the campus community through a series of on-campus forums this spring. The University also will begin sharing the plan with alumni and friends through Baylor Conversation Series events, beginning March 1 in Fort Worth, March 21 in Dallas and April 4 in Houston, as well as other cities around the country.

Following the synthesis of feedback from the Baylor Family, the final plan is expected to be presented to the Board in May.

Outside of discussions related to the academic strategic plan, no other action was taken by the Board.