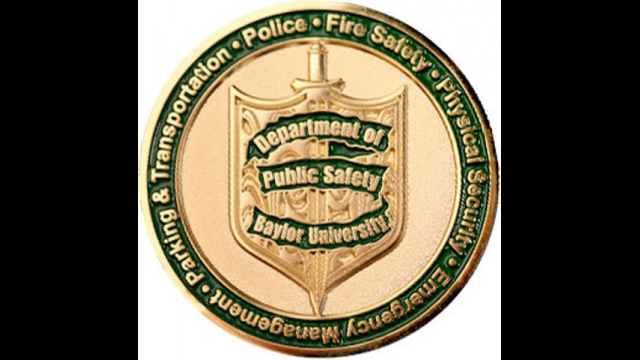 Students, faculty and staff are encouraged to drop off expired, unwanted and unused prescription drugs to be properly disposed of by the DEA.

“The importance of the drug take-back program is to provide a safe, convenient and responsible means of disposing of prescription drugs, while also educating the general public about the potential for abuse of medications,” said Scott Curry, BUPD’s crime prevention officer. “There are many substances such as pain killers and ADHD medications that have very high addiction rates. We want to provide a safe place to properly dispose of the medications so they do not get in the wrong hands.”

Baylor participated in this event for the first time last August and collected 75 pounds of expired medications that were disposed of in a controlled manner by the DEA. Stephanie Drum, VASA Coalition Coordinator with Voice Inc., approached BUPD and played an instrumental role in introducing Baylor to the program. Last April, the DEA calculated that 8,103,363 pounds (4,052 tons) of prescription drugs have been properly disposed of since the first event in 2010.

By properly disposing of prescription drugs, one can significantly reduce the risk of accidental child and pet drug ingestion. In addition to household safety, controlled disposal of drugs also minimizes amount of substances that show up in the nation’s water system.

The service is free and anonymous. To learn more about BUPD, visit the Department of Public Safety website.