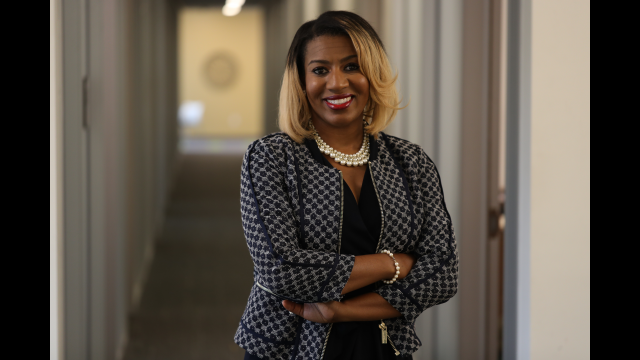 Movie distributors need to wait for word-of-mouth to spread in communities of color, expert says

Movies like “Marshall” that are built around actors of color (Chadwick Boseman plays the iconic attorney) and have appeal to consumers of color historically see a significant surge in ticket sales in weeks five through eight – if producers are willing to keep them in theaters that long and allow for word-of-mouth advertising to build, said Tyrha Lindsey-Warren, Ph.D., clinical assistant professor of marketing in Baylor’s Hankamer School of Business. She studies consumer behavior, multicultural media, movies and entertainment.

“I believe that Hollywood often pulls movies starring women and actors of color out of the theaters way too soon and before word-of-mouth has time to fully spread,” Lindsey-Warren said. “In my opinion, and according to our studies, Hollywood is leaving a great deal of money on the table.”

Movies built around actors of color typically make money – in many cases as much or more than five times the budget, she said. For example, the 2017 comedy “Girls Trip,” which was built around four African-American female leads, was made for $19 million and has grossed more than $100 million at the box office.

A challenge, Lindsey-Warren said, is that Hollywood expects to make its money back in the opening weekend. That strategy often doesn’t translate well to consumers of color.

She cited a Nielsen study that showed African-Americans make an average 6.3 trips every year to see movies, and they tend to strongly support movies where there are characters like themselves and to whom they can relate. But they don’t rush to theaters for premier weekends.

“Historically, African-American consumers have not been such early adopters of seeing movies on opening weekend and have typically waited to hear from trusted sources, by way of word-of-mouth, if the movie is worth seeing,” she said. “I call this behavior giving word-of-mouth time to spread. These are insights that Hollywood has not fully embraced regarding consumers of color and for movies built around actors of color.”

For a movie like “Marshall,” which was reportedly made for $12 million and grossed approximately $3 million during its opening weekend, Lindsey-Warren offers some advice.

“Putting our observations into play, I would recommend that the movie’s distributor decrease the screens for weeks two through four. Then, during weeks five through eight, expand the movie screens distribution to a healthy wide release,” Lindsey-Warren said. “This will enable ‘Marshall’ to take advantage of the Thanksgiving holiday movie-going audience, as well as give its word-of-mouth the proper time to spread.”

Tyrha Lindsey-Warren, Ph.D., is a marketing scholar, business executive, artist and entrepreneur. As a consumer behavior scholar, her research is rooted in narrative transportation theory (i.e., storytelling) that exudes the emotion of empowerment and its impact on consumer attitudes, behaviors, purchase intention and message recall. She also studies health edutainment, multicultural media and advertising, as well as movies and entertainment. Lindsey-Warren is an expert in effective communications strategies for leaders, multicultural communications and marketing.

Baylor University’s Hankamer School of Business provides a rigorous academic experience, consisting of classroom and hands-on learning, guided by Christian commitment and a global perspective. Recognized nationally for several programs, including Entrepreneurship and Accounting, the school offers 24 undergraduate and 13 graduate areas of study. Visit www.baylor.edu/business and follow on Twitter at www.twitter.com/Baylor_Business.