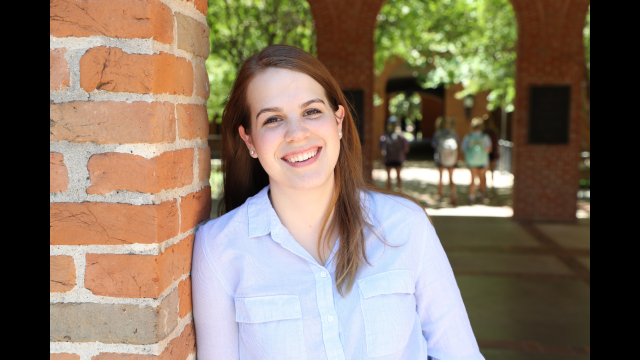 The Critical Language Scholarship (CLS) program is part of a U.S. government effort to expand the number of Americans studying and mastering critical foreign languages. CLS scholars gain critical language and cultural skills that enable them to contribute to U.S. economic competitiveness and national security.

Martin is one of approximately 550 competitively selected American undergraduate and graduate students at U.S. colleges and universities who received a CLS award in 2017. In April, she also received another prestigious international scholarship, a Fulbright English Teaching Assistantship (ETA), which will allow her to spend the 2017-2018 academic year teaching English in Germany. She is the seventh Baylor student since 2007 to receive a CL scholarship.

“Emily has been an outstanding student in the Russian language program at Baylor,” said Michael Long, Ph.D., professor of Russian and division director of Asian and African languages in the department of modern languages and cultures. “The CLS program is nationally competitive and highly prestigious. The Russian language faculty at Baylor are extremely proud of Emily’s achievement and are certain that she will make the most of her experience in Russia.”

CLS scholars are among the more than 50,000 academic and professional exchange program participants supported annually by the U.S. Department of State’s Bureau of Educational and Cultural Affairs. These exchange programs build respect and positive relations between the people of the United States and the people of other countries. The CLS program is administered by American Councils for International Education.