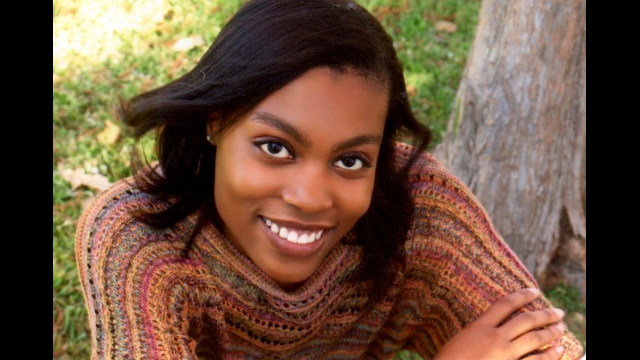 Demons is Baylor’s third Fulbright recipient this year and 50th since 2001. A 2013 graduate of Colleyville Heritage High School, she is the daughter of Synthia Taylor of Grapevine and the late John Demons III.

Demons, who aspires to a career as a Foreign Service Officer in the U.S. Department of State, will serve her Fulbright year in Yilan in northeastern Taiwan as part of the ETA program. Fulbright ETAs are placed in classrooms abroad to provide assistance to local English teachers while also serving as cultural ambassadors for the United States.

She first became interested in applying for a Fulbright after studying abroad in China and then spending a summer interning for the State Department in the Office of Chinese and Mongolian Affairs. The Office of Taiwanese Affairs is located in the same office area, and she befriended the Taiwanese intern, who had just returned from her Fulbright in Taiwan.

“One of the most fascinating aspects of Chinese history has been the split between the Chinese government and Taiwan. I’ve always studied everything from a Chinese perspective, and I haven’t really addressed it from a Taiwanese perspective. I think an ETA in Taiwan would be an excellent complement to what I’ve learned thus far,” Demons said. “Reading a textbook and getting it straight from the mouth of someone who lives there are different. I’m really excited to see the Taiwanese aspects of Asia.”

Since graduating a semester early, Demons knew she wanted to maximize her time between undergraduate and graduate school, including an opportunity to go abroad, explore and use her language skills in Mandarin, which is spoken in Taiwan. The Fulbright seemed the logical avenue as she prepares for a Foreign Service career.

Following the Fulbright, she plans to attend graduate school with the possible help of a Pickering or Rangel fellowship, which both require fellows who complete the program to enter the Foreign Service for a minimum of five years.

“Once you finish graduate school and you pass the Foreign Service exam, you’re obligated to five or more years in the State Department, which is my dream career. I hope to stay there forever,” Demons said.

Baylor offers its students a growing academic enterprise that ignites educational excellence, leadership and research discovery. With dedicated professors and a commitment to Christian values, students are provided with the tools to lead, serve and succeed in their future. That is what Demons was looking for when she selected Baylor, a faith-based university with rigorous academics and a faculty that genuinely cares about its students.

“I think the faculty at Baylor is one of the most appealing aspects of the university,” Demons said. “I remember freshman year I had a science class, and on our first test, the professor asked the class if it would be okay if she prayed over us. That’s really when it hit me that Baylor is just a different university.”

Demons spoke highly of two Baylor professors – Dr. Ivy Hamerly (political science and international studies) and Professor Holli Shi (Chinese) – who have provided advice and encouragement as she began laying out the steps to reach her goal of serving abroad with the State Department.

“All international studies majors are required to take a comparative government class, and I had Dr. Hamerly. I went to her office hours one day during my freshman or sophomore year, and I told her: My goal to get to the State Department, and I’m trying to maximize my time at Baylor so when I graduate, I have a resume that reflects that I would be a good candidate. What courses would you suggest I take and what areas should I focus on?” Demons asked.

Hamerly often hosts graduates who visit campus and discuss their time in Washington, D.C., and other programs. She shared their advice that day with Demons: focus on economics and critical languages skills, such as Russian, Arabic and Chinese. In addition, she learned that students who have certain critical language skills get extra points on the Foreign Service exam, making them more competitive candidates.

“Dr. Hamerly gave me a list of all those languages and I compared that to the list of languages that Baylor offered. After that, I chose the language and the region of the world that I would be most interested in living in should I get placed in that area. That’s how I ended up focusing on Chinese,” Demons said.

Her proficiency of learning Mandarin came through Shi, who taught Demons most of her language classes.

“Chinese is a very hard language. Professor Shi is very understanding and kind. She again is one of those professors who honestly cares for her students. She really wants us to learn the language. She will sit down and make sure that everyone in the class knows it. She wants to make sure no one is left behind,” Demons said.

Hamerly and Shi both praised Demons as a natural teacher, highly motivated and disciplined.

“Taylor sees the best in people and looks for ways to help other people grow. Her quiet confidence helps her to make connections with people from all walks of life. It has been a joy to teach her,” said Hamerly, senior lecturer in political science and director of the international studies program.

“Taylor approaches her work methodically and always comes to class well prepared. Her exceptional intellectual ability and talent allow her to grasp new concepts quickly, yet she is gentle and quiet, emitting a kind of humility that is refreshing,” said Shi, lecturer in Chinese. “I am very proud of her and have no doubt that with her strong drive to succeed and her social maturity, Taylor will be able to make a positive impact to the world.”