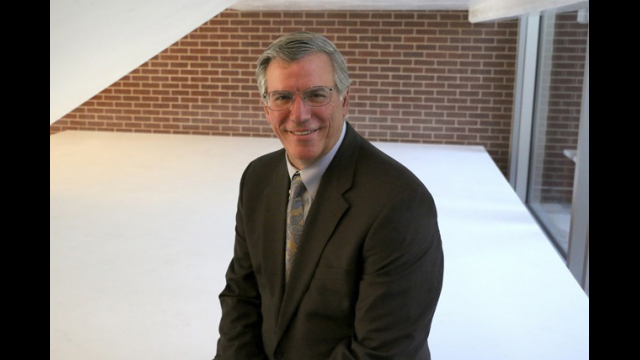 WACO, Texas (Feb. 23, 2017) — Doug Rogers, Ed.D., associate professor in the Baylor School of Education, will be inducted as the president of the National Association of Professional Development Schools (NAPDS) on March 10, 2017, at the organization’s annual conference in Washington, D.C. Elected by a vote of all members, Rogers has served as president-elect since last year.

Rogers has been involved as an elected board member of NAPDS for more than five years and served as the Chief Financial Officer before taking on the role of president-elect.

He said he took on this new position because he believes in the importance of the work of NAPDS.

“NAPDS encourages research that impacts teaching practice and leads to improved P-12 schools and improved teacher preparation,” he said. “The membership of the organization represents equally the public-school partners along with the higher-education partners, with leadership chosen equally from the ranks of both. We try to frame the conference and publications so that they serve both higher education and P-12 professionals.”

Founded in 2005, NAPDS grew out of professional meetings held at the University of South Carolina, which continued to incubate the conference for the next 10 years. In 2015, the organization’s national conference also became independently operated, and the executive offices moved to the Baylor School of Education.

Rogers said he hopes to offer continuity of leadership to the organization during the process of its becoming independent. “I have been a strong advocate for an independent association, so I am willing to lend whatever expertise I can to that effort,” he said.

After serving with Rogers on the NAPDS board of directors, Rebecca West Burns, Ph.D., assistant professor at the University of South Florida College of Education, said Rogers brings vision to the presidential role.

“Dr. Rogers is a strong leader and a wonderful person,” she said. “He cares deeply about school-university partnerships, and he is an advocate and supporter for professional development schools. Dr. Rogers has brought vision and leadership to the Board of Directors, and the future of NAPDS is bright with Dr. Rogers as the next president.”

Krystal Goree, Ph.D., membership chair of NAPDS and the director of the Office of Professional Practice at Baylor School of Education, said Rogers brings a variety of perspectives to the presidency. “Dr. Rogers was very involved in expanding our Baylor Professional Development School network and served as a liaison at a local high school,” she said. “So he has an understanding of the day-to-day operations of a PDS as well as an appreciation of the philosophy and research-based practices.”

Rogers’ commitment to the organization will also be an asset, Goree said. “As NAPDS enters a new phase, it’s important to have strength of leadership,” she said. “Dr. Rogers brings a solid background and knowledge, but more than that, he brings a heart and a passion for the mission of the organization.”

Michael K. McLendon, Ph.D., dean of the Baylor School of Education, said Rogers’ leadership in NAPDS has brought educational and research opportunities to Baylor. “It was Dr. Rogers who led the School of Education into its involvement with NAPDS,” he said. “And this collaboration has benefitted our faculty, students at both undergraduate and graduate levels, and our public school partners in immeasurable ways.”

A 1978 graduate of Baylor, Rogers earned both an M.L.S. and Ed.D. at Texas A&M University Commerce. His teaching experience and scholarship are in the field of educational technology and its application to the teaching and learning processes. From 2004 to 2016, he served as associate dean in the School of Education at Baylor University and as interim dean during 2006-07.

ABOUT THE BAYLOR SCHOOL OF EDUCATION

Founded in 1919, Baylor School of Education ranks among the nation’s top 20 education schools located at private universities. The School’s research portfolio complements its long-standing commitment to excellence in teaching and student mentoring. Baylor’s undergraduate program in teacher education has earned national distinction for innovative partnerships with local schools that provide future teachers deep clinical preparation, while graduate programs culminating in both the Ed.D. and Ph.D. prepare outstanding leaders, teachers and clinicians through an intentional blend of theory and practice.