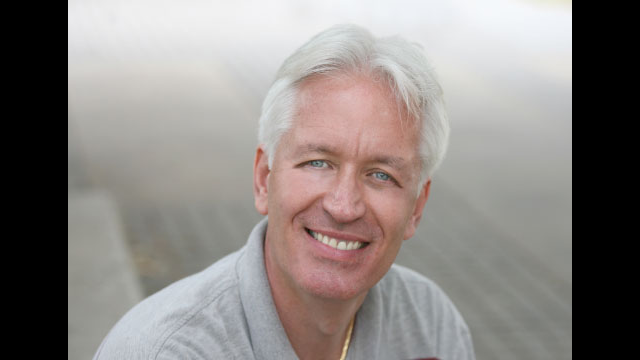 James Roberts, Ph.D., The Ben H. Williams Professor of Marketing in Baylor's Hankamer School of Business, is a nationally recognized researcher on consumer culture and behavior, compulsive buying and credit card use and abuse.
Tweet
Dec. 22, 2016

Create an environment that makes it easier to NOT spend money, Baylor professor says

WACO, Texas (Dec. 22, 2016) – With 2016 nearly in the rearview mirror, Americans are making resolutions for the New Year. A Baylor University consumer behavior expert suggests that Americans resolve to get in good financial shape in the coming year.

James Roberts, Ph.D., The Ben H. Williams Professor of Marketing in Baylor’s Hankamer School of Business, is a nationally recognized researcher on consumer culture and behavior, compulsive buying and credit card use and abuse. Roberts advises Americans to focus on four savings goals in 2017:

In addition, cutting out the use of credit cards would be a great New Year's financial resolution for all Americans, Roberts says, and one that would put us on the road to financial health and well-being.

"This involves creating an environment that makes it easier to not spend money, such as avoiding the malls, shopping without credit cards and only with cash, using a 24-hour cooling off period for big purchases and paying yourself first to help you attain the four savings goals," Roberts says.

Roberts says that Americans have become desensitized to what he calls the "pain of paying," a concept that deals with the different levels of "pain" associated with how we choose to pay for our purchases. Cash, checks and debit cards have an immediate and "painful" impact on our wealth. Credit cards are the next less painful option, but these plastic "spending facilitators" lead most Americans to spend and buy more than necessary.

"Debit cards are better than credit cards because we at least have some idea that we are taking money out of an account and that money is no longer there. Debit cards can be used for anything that credit cards are used for (on-line purchases, car rentals, etc.). But still, it's a little less painful than cash. Checks are pretty painful because we have to write down the amount and we know that money is coming out of our checking account," Roberts says.

The ease of credit card use comes with a "buy it now, pay later" mentality that makes it the next less painful option, but there's also a major disadvantage: higher risk of greater debt. Experts say with plastic we're more willing to spend more and likely to buy more than we can afford.

"When we pay with cash or write a check we have to count out that money or write out that amount. We don't have that benefit or barrier with credit cards," Roberts says. "There's a delayed impact on our wealth when we use credit cards. We have 30 days to figure out how to have the money available to make payments. As human beings we're optimistic that we'll come up with it some way and make that payment, but we got 30 days to think about it."

Credit cards also tend to "super-size" purchases. In fact, researchers have found that bills in fast food restaurants paid by credit card tend to be between 50-100 percent larger than bills paid in cash. And, it's not just that we spend more with plastic but that we are more likely to buy in the first place.

James Roberts, Ph.D., The Ben H. Williams Professor of Marketing in Baylor University’s Hankamer School of Business, is a nationally known expert on materialism and smartphone addiction. He recently published the new book, “Too Much of a Good Thing: Are You Addicted to Your Smartphone?” He has been featured in numerous national and international media, including CBS Early Show, NBC’s Today Show, ABC’s World News Tonight and Good Morning America, The O’Reilly Factor, NPR, CNN, The New York Times, USA Today, Cosmopolitan Magazine, The Wall Street Journal, Reader’s Digest, Yahoo! Finance and U.S. News and World Report. He is also the author of the book “Shiny Objects: Why We Spend Money We Don’t Have in Search of Happiness We Can't Buy.”

Baylor University’s Hankamer School of Business provides a rigorous academic experience, consisting of classroom and hands-on learning, guided by Christian commitment and a global perspective. Recognized nationally for several programs, including Entrepreneurship and Accounting, the school offers 24 undergraduate and 13 graduate areas of study. Visit www.baylor.edu/business and follow on Twitter at twitter.com/Baylor_Business.