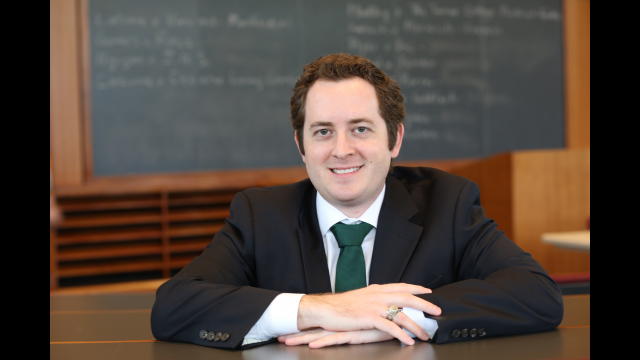 For clients, legal work that is performed pro bono – Latin words which actually mean “for the public good” – may receive the assistance of the lawyer for free. However, it does not mean there is no cost associated with the case, said Stephen Rispoli, J.D., assistant dean of student affairs and pro bono programs at Baylor Law School.

Rispoli explained that attorneys who take on such cases must see the matters through to fruition – or at least until they reach predetermined stopping points. A simple will, for example, might require only a few hours to complete, he said. A litigation case, however, could require hundreds or thousands of hours, as well as expert and court costs, and most of the time these out-of-pocket expenses are provided and paid for by the attorneys.

“For lawyers who charge for their time, these commitments cost them greatly. Every hour spent on a pro bono case could have been spent on a paying case,” Rispoli said, “but the number of people who need pro bono services is staggering.”

According to recent statistics cited by the Washington Post, at least one party is not represented by a lawyer in 70-98 percent of cases in America’s civil courts. In Texas alone, nearly 5.8 million people qualify for legal aid, according to the Texas Access to Justice Foundation. To qualify for free civil legal services in Texas, an individual must not earn more than $14,850 per year. A family of four must not earn more than $30,375 per year.

“According to statistics from the Texas Access to Justice Foundation, there is approximately one legal aid lawyer for every 11,000 Texans who qualify,” Rispoli said. “Further, due to a lack of resources, only about 20 to 25 percent of the civil legal needs of low-income and poor Texans are being met. For every one person helped by legal aid, a qualifying individual is turned away.”

Texas lawyers provide approximately 2.5 million hours – or the equivalent of $500 million – in free or indirect legal services to the poor annually according to the State Bar of Texas Survey of 2009 Pro Bono Support. Additionally, attorneys have supplied millions of dollars in private donations.

Baylor Law School takes steps to create a culture of pro bono service and instill in its future lawyers the importance of pro bono work.

“With so many of our fellow Americans who do not have access to our justice system, the only way to solve the problem is to get as many lawyers as possible to serve,” Rispoli said. “We challenge them to think creatively to solve the access-to-justice problem our country faces and work toward solutions. By doing so, we believe that the impact of their service grows exponentially.”

“When lawyers give back and help those in their communities that cannot afford a lawyer, they improve the community as a whole,” Rispoli said. “We often find that many people needing pro bono representation on one issue often have several other issues keeping them in poverty. Once a critical issue has been cleared up by a lawyer, the other issues – lack of money for housing, car, etc. – are often fixed as well.”

Established in 1857, Baylor Law School was one of the first law schools in Texas and one of the first west of the Mississippi River. Today, the school has more than 7,200 living alumni. It is accredited by the American Bar Association and is a member of the Association of American Law Schools. Baylor Law School has a record of producing outstanding lawyers, many of whom decide upon a career in public service. The Law School boasts two governors, members or former members of the U.S. House of Representatives and the U.S. Senate, two former directors of the FBI, U.S. ambassadors, federal judges, justices of the Texas Supreme Court and members of the Texas Legislature, among its notable alumni. In its law specialties rankings, U.S. News & World Report ranked Baylor Law’s trial advocacy program as #4 in the nation. Baylor Law School is also ranked No. 55 in the magazine’s 2016 edition of “America’s Best Graduate Schools.” The National Jurist ranks Baylor Law in its top 10 law schools for practical training, and second best value in private legal education in the nation. The Business Insider places Baylor Law among the top 50 law schools in the nation. Learn more at www.baylor.edu/law.