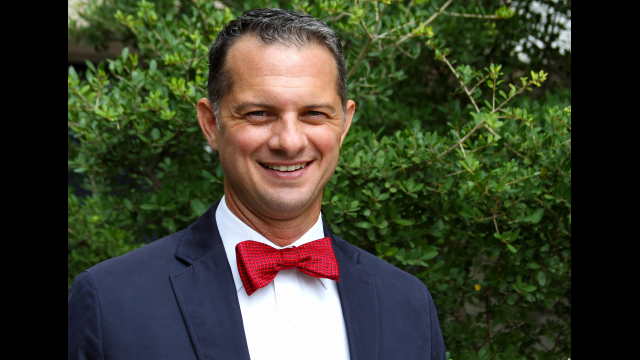 Singletary, who has been serving as the School’s interim dean since June 2015, succeeds the School’s inaugural dean and namesake, Diana R. Garland, who passed away in September following a courageous battle with pancreatic cancer.

“Having completed my own due diligence, including a personal interview with Dr. Singletary and consultation with President and Chancellor Ken Starr, incoming Executive Vice President and Provost L. Gregory Jones, and leaders from among Baylor University’s Board of Regents, it brings me great pleasure to accept and affirm the committee’s unequivocal support of Dr. Singletary. A gifted teacher, insightful researcher and skilled administrator, he will lead the School of Social Work in ways that will both honor and extend the noble and notable legacy of Dr. Diana R. Garland. Dean Singletary's energy, creativity and ability will redound to the School’s and the University’s great good,” he added.

In addition to his role as interim dean of the Diana R. Garland School of Social Work, Singletary has also served the School as associate dean for graduate studies (2014-15), associate dean for baccalaureate studies (2011-14), director of the Baylor Center for Family and Community Ministries (2005-11), professor and associate professor. He currently holds the Diana R. Garland Endowed Chair in Child and Family Studies.

“It is an honor to continue the legacy of our founding dean, namesake, and my mentor, Diana Garland, while also partnering with our faculty in a new way as we prepare social workers to care for others in a hurting world,” Singletary said. “We will continue to be known for our commitment to the ethical integration of faith and social work practice, and are already looking at new ways to incorporate the same sense of calling in our research efforts.

“As a part of our commitment to Pro Futuris, the Garland School of Social Work is engaging in research and equipping students in efforts to promote mental health, strengthen families and build communities. To this end, the profession of social work is growing by leaps and bounds, and our commitment to matters of faith and spirituality are essential in the care families and individuals need and demand,” he said.

His research interests include: strengthening congregational community ministries, community development advocacy, and social justice. He has published numerous articles and studies in those areas.

During his tenure as an administrator and professor in the Diana R. Garland School of Social Work, Singletary has collaborated with faculty and staff to develop new structures for the future of the School, with a focus on strengthening graduate programs, expanding scholarly capacity and organizing the structure of leadership to achieve goals in support of Baylor’s strategic vision. He has focused on increasing endowed scholarships for social work students in Waco and the new Houston MSW campus, as well as endowed faculty positions in Waco and Houston.

“I am grateful to Dr. Matier and the search committee for their commitment to a national search and for the opportunity to be considered as part of that experience. The School faced a difficult year in losing Dean Garland to her fight with cancer, but the committee showed due diligence in preparing our School for our next chapter,” Singletary said.

ABOUT THE DIANA R. GARLAND SCHOOL OF SOCIAL WORK

Baylor University’s Diana R. Garland School of Social Work is home to one of the leading graduate social work programs in the nation with research focused on the integration of faith and practice. Upholding its mission of preparing social workers in a Christian context for worldwide service and leadership, the School offers a baccalaureate degree (BSW), a Master of Social Work (MSW) degree and three joint-degree options (MSW/Master of Business Administration, MSW/Master of Divinity and MSW/Master of Theological Studies) through a partnership with Baylor’s Hankamer School of Business and George W. Truett Theological Seminary, and a Ph.D. program. Visit www.baylor.edu/social_work to learn more.