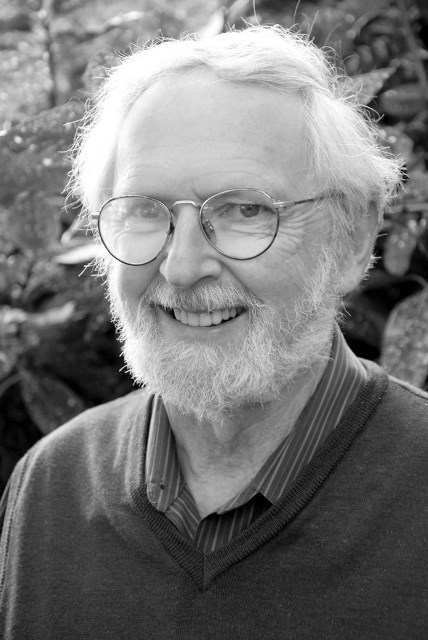 WACO, Texas (April 26, 2016) – C.S. Lewis is widely considered to be one of the most influential Christian writers of his time. From his classic children's series "The Chronicles of Narnia" to his thought-provoking works such as "The Screwtape Letters," Lewis has left an impact on readers of all ages.

In his lecture "The Genius of C.S. Lewis's 'Mere Christianity,'" George Marsden, the Francis A. McAnaney Professor of History Emeritus, University of Notre Dame, will discuss the unusual origins of Lewis' remarkable book, which has sold more than 3.5 million copies in English alone. He also will reflect on why, in contrast with the vast majority of books, its popularity has increased rather than declined.

The lecture will be held from 3:30 to 5 p.m. Wednesday, April 27, in the Paul W. Powell Chapel of Truett Seminary.

"Dr. Marsden is one of America's leading authorities on the history of Christianity," said Thomas Kidd, Ph.D., Distinguished Professor of History and associate director for the Institute for Studies of Religion. "People who attend his lecture will gain a greater appreciation of Lewis's genius and of why 'Mere Christianity' continues to be read by so many around the world, so long after its publication."

Marsden is visiting at Baylor for the semester and teaching in the history department. His lecture will be drawn from his new study, "C. S. Lewis's 'Mere Christianity': A Biography," part of the Princeton University Press series "The Lives of Great Religious Books."

"In my lecture I try to answer the question of why this book has continued to be so popular," Marsden said. "What accounts for its lasting vitality? In answering that question I identify a number of the traits of Lewis and his work that make the book so winsome. I think we can all learn by looking at his example."

The book originated as a series of BBC radio broadcasts during World War II. It was not planned to be a single book – Lewis did not put the four sets of broadcasts together until 1952.

"'Mere Christianity' is notable because it is still the most widely used introduction to Christian faith," Marsden said. "In fact, it has sold even better in the 21st century than it did when it first came out in the mid-20th century."

The lecture is free and open to the public. Attendees can register online here.