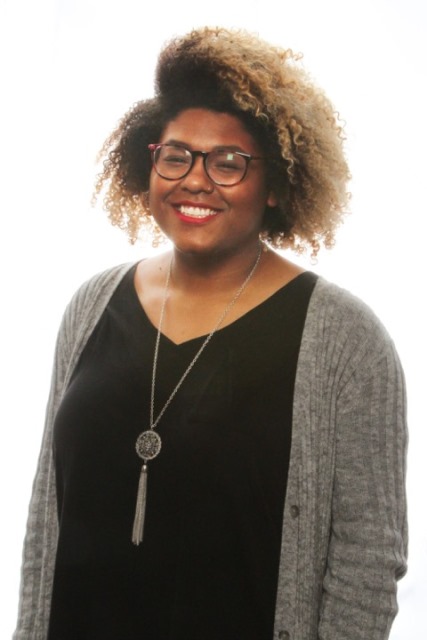 WACO, Texas (April 15, 2016) – Rae Jefferson, a senior journalism major from Houston, recently was awarded the Bess Whitehead Scott Journalism Scholarship by the Austin Community Foundation. Jefferson, who also is earning a minor in film and digital media, has worked as copy desk chief for The Baylor Lariat and as a staff writer at the San Antonio Express-News. After graduation this spring, she plans to pursue a career in public relations for a nonprofit.

"This is a scholarship that's only available to students at specific Texas schools, and Baylor happens to be one of them, so I applied," Jefferson said. "I was never certain I'd get it, but I put more effort into the application than I have with scholarships in years past, so I felt pretty confident when I submitted it."

Jefferson said it was an honor to be recognized by the scholarship committee.

"Winning this scholarship is confirmation that I'm doing work in journalism that I can be proud of, and it means I'll be able to finish my education and pursue a career in what I'm passionate about," she said.

Bess Whitehead Scott was a pioneering female journalist and writer who attended University of Mary Hardin-Baylor from 1909 to 1911 before spending her last year at Baylor and graduating in 1912. She taught high school English and Latin for a few years after graduation before becoming the first female news and feature reporter for the Houston Post newspaper in 1915 at the age of 25. Scott talked her way into the job, pointing out that men would be at war within the next few years and that women would be needed to fill their positions.

Over the next seven decades, Scott served as a news reporter and columnist and held various editorial positions. She covered the Galveston floods of 1915 and interviewed many celebrities, among them Eleanor Roosevelt, Lyndon B. Johnson and Clark Gable.

At age 98, she wrote her biography, "You Meet Such Interesting People." When Scott turned 100 in 1990, the Writers' League of Texas honored her with a celebration and established the Bess Whitehead Scott scholarship, to be awarded to promising upper-level journalism students at an eligible Texas university.

In 1992, Baylor recognized Scott as a Distinguished Alumna of Baylor University, 80 years after her graduation. The same year, she also was honored as an Outstanding Alumna from the University of Mary Hardin-Baylor. In 1994, at age 104, Scott was inducted into the Texas Women’s Hall of Fame.

Scott died in 1997 at age 107. One of the last stories she wrote was for Texas Highways in 1994, covering the Bill and Vara Daniel Historic Village on Baylor's campus.