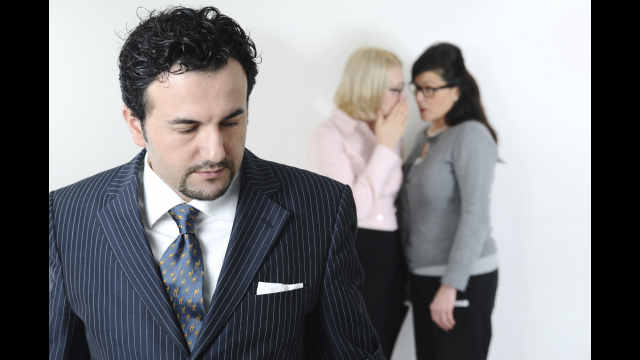 WACO, Texas (April 4, 2016) – Your coworker wastes time. He mismanages resources. He’s been known to engage in activities that you and others consider conflicts of interest. Yet, he seems to “do no wrong” in the eyes of the company.

A new Baylor University study published in Personnel Psychology – ""I Don’t Want to be Near You, Unless…": The Interactive Effect of Unethical Behavior and Performance onto Workplace Ostracism" – investigates why employees’ unethical behaviors may be tolerated versus rejected.

"In this study, we’re asking the questions: When and why are people ostracized – or excluded from the group – while at work?" said the study’s lead author, Matthew J. Quade, Ph.D., assistant professor of management in Baylor’s Hankamer School of Business. "Our research contributes to an ongoing conversation regarding whether people’s competence is more important than morality within the context of organizations."

Researchers conducted a total of three studies and surveyed 1,040 people – including more than 300 pairs of supervisors and their employees.

• These results exist regardless of gender

• These results exist regardless of the ethical culture of the organization

“Unethical, high-performing employees provide contrasting worth to the organization,” researchers wrote. “The employees’ unethical behaviors can be harmful, but their high job performance is also quite important to the organization’s success. In this vein, high job performance may offset unethical behavior enough to where the employee is less likely to be ostracized.”

On the flip side, unethical, low-performing individuals do not fare as well.

“[They] not only violate moral norms, but they fail to fulfill role expectations, which would make them particularly difficult to work with as evidenced by relationship conflict,” researchers said. “People, then, are expected to demonstrate their disapproval towards those who create conflict by ostracizing them.”

Quade said the research ultimately shows that unethical behavior, while overlooked in some cases, and ostracism are detrimental to the organization and all involved.

1. Make it clear that employees’ unethical behaviors, regardless of performance, will not be tolerated.

“Leaders need to be particularly diligent in swiftly disciplining unethical behavior,” researchers said. “Organizations might consider hiring and training ethical leaders who will demonstrate and espouse the importance of behaving ethically.”

2. Provide a more functional way for employees to respond to unethical employees.

“Relationship conflict and workplace ostracism can adversely affect the organization’s bottom line because of reduced performance and satisfaction and increased withdrawal,” researchers said. “Employees could be encouraged, and even rewarded, for discussing suspect behaviors with their leaders.”

Baylor University’s Hankamer School of Business provides a rigorous academic experience, consisting of classroom and hands-on learning, guided by Christian commitment and a global perspective. Recognized nationally for several programs, including Entrepreneurship and Accounting, the school offers 24 undergraduate and 14 graduate areas of study, as well as Ph.D. programs in Information Systems, Entrepreneurship and Health Services Research. Visit www.baylor.edu/business and follow on Twitter @Baylor_Business.