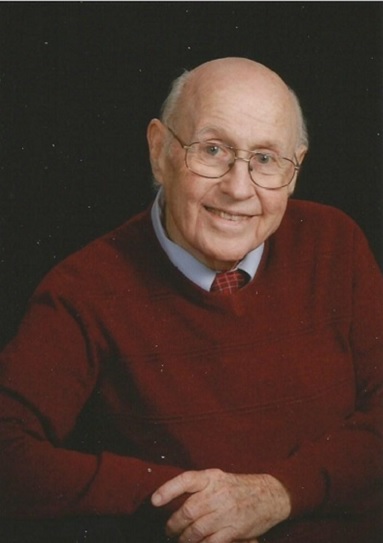 WACO, Texas (Dec. 3, 2015) – Baylor University is mourning the passing of C.W. (Wally) Christian, Ph.D., Professor Emeritus of Religion, who taught generations of students as a member of the religion faculty for more than 40 years. Dr. Christian died Nov. 30 at the age of 88.

A memorial celebration will be held at 6 p.m. Saturday, Dec. 5, at Seventh and James Baptist Church, 602 James Ave. in Waco.

“Dr. Christian was a long-standing and valued member of the Department of Religion,” said W.H. Bellinger Jr., chair and W. Marshall and Lulie Craig Professor of Bible. “He was a central figure in the early history of the Department’s Ph.D. program. He worked with many graduate students in the areas of modern theology and published important work on the 18th/19th century theologian Friedrich Schleiermacher. He also had a powerful influence on many undergraduate students through his Old Testament Survey course.

“The church and especially its worship were always central to his concern. That concern was front and center in the lecture Dr. Christian delivered in 1985 as the first annual Religion Department Lecture in a series that continues in our day. The title of the lecture was ‘Baptists and the Sacramental Principle,’” Dr. Bellinger added. “We shall dearly miss this theologian characterized by both intelligence and wit. Thanks be to God for the gift of his life.”

“He was always proud of the Religion Department’s camaraderie. We will miss his humor and his smile,” Dr. Pitts said. “Wally was passionate about life. He strove for excellence for our university and for our community and set high academic standards for himself and for his students.”

Dr. Christian earned his bachelor’s and master’s degrees from Baylor, a bachelor’s degree in divinity from Southwestern Baptist Theological Seminary and his Ph.D. from Vanderbilt University. He authored five books, taught historical theology at Baylor for more than 40 years. His obituary noted that he was a “favorite professor to generations of undergraduate and graduate students who dubbed him both ‘Friar Tuck’ (for his appearance and genial nature) and ‘the bald-headed assassin’ (for his diligence in directing dissertations).”

Among those undergraduate and graduate religion students was Steve Sadler, B.A. ’74, Ph.D. ’90, who now teaches as a senior lecturer in the department. Dr. Sadler described Dr. Christian as a true aesthete – from symphony, whittling, bird-watching, athletics, astronomy, poetry – one who truly thought, felt and lived way beyond the bounds of the theology he taught.

“Pushing our traditional theological buttons by week to make us think (an always fair pedagogy worthy of a university) and then by weekend visiting even the smallest of country congregations with genuine, heartfelt gospel words for those who would never sit in a graduate seminar, Wally felt that touching the edges of ‘liberal’ theology represented simply the historic continuum of a thinking faith,” Dr. Sadler said. “At the same time we who were in his seminars could not escape his deep commitment to the ‘miraculous’ of Bethlehem’s manger as bedrock to his belief in the unique and ultimate Incarnation of God in Christ.

“If there ever was a truly intelligent Renaissance man and at the same time a genuinely ‘jolly ole soul’ among us – Wally Christian was it.”

Professional pursuits were just one aspect of Dr. Christian’s life. He was also a lifelong and dedicated naturalist with a special expertise in birds and snakes, a woodworker who crafted furniture and carved a series of exquisite nativity scenes, a singer and musician who taught courses in opera and lectured for the Waco Civic Opera and an accomplished poet of both light and serious verse. For more than a decade after his retirement, he wrote a monthly poem for the Newsletter of the Baylor Retired Professors/Administrators Program. Most of all, he was a committed and enthusiastic family man, dedicated to his wife of 63 years, his four children and his five grandchildren.

“When he visited with an interviewee he often asked, ‘What are your hobbies?’ He had many of his own. He loved music and baseball intensely,” Dr. Pitt said. “Wally experienced life deeply. He felt a strong connection to nature. He reported with a smile that a mockingbird visited the family on the occasion of the burial of his mother. A lifelong ‘birder,’ he found comfort in the presence, voice and vitality of this beautiful creature,” Dr. Pitts said.

Memorial contributions can be made to Seeds of Hope Publishers; the Central Texas Audubon Society, 1308 Circlewood, Waco, TX 76712; or the memorial fund at Seventh and James Baptist Church.