Baptized With The Soil: Baylor’s Institute for Studies of Religion Will Welcome Author for Lecture on Christian Agrarianism 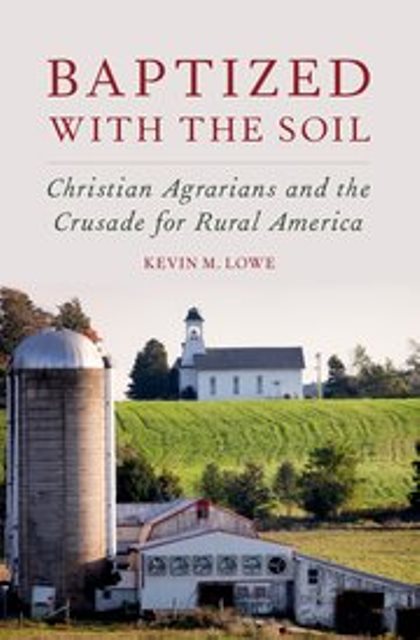 Kevin Lowe, Ph.D., will present a lecture based on his most recent book, "Baptized with the Soil: Christian Agrarians and the Crusade for Rural America."

Lowe is an independent scholar of American religious history and author of “Baptized with the Soil: Christian Agrarians and the Crusade for Rural America,” after which his lecture is titled. His book is a study of ecumenical Protestant Agrarianism.

“From concern for global warming to the proliferation of farmers’ markets, environmental stewardship has become a major priority for many Christians,” said Thomas Kidd, Ph.D., Distinguished Professor of History in the College of Arts & Sciences and associate director of the Institute for Studies of Religion. “Kevin Lowe will help explain the ‘roots’ of those concerns.”

In the early 20th century, many Americans were troubled by the way agriculture was becoming increasingly industrial and corporate. Protestant churches came together to promote an alternative: agrarianism, the belief that the health of the nation depended on small rural communities and family farms. They also promoted soil conservation based on their belief that the earth was holy. While they may not have been able to prevent the spread of industrial agribusiness, their ideas helped define significant and long-lasting currents in American culture.

“Kevin Lowe is doing exciting new work on the connection between Christians, ‘agrarian’ movements and environmental stewardship,” Kidd said. “His lecture will be based on his just-released book.”

This event is free and open to the public, but registration is encouraged.

For more information, contact the Institute for Studies of Religion at 254-710-7555.