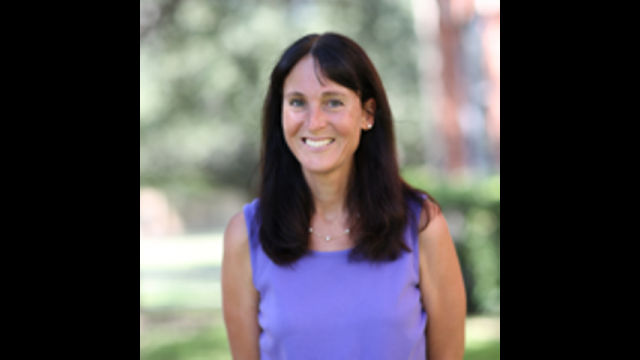 No, she is not a mortician or grave-digger, but through her studies and teachings of classical texts, has learned the art of building relationships with people who live on only through literature. As a part of Baylor University’s Honors Residential College spring Formation Series, Hejduk will present her topic “Friending the Dead” at 7 p.m. Wednesday, Feb. 25, in the Alexander Reading Room.

Hejduk hopes to convey how the work of humanists and classicists is an interaction with people who lived thousands of years ago as well as an attempt “to develop an intimacy by hearing their voices.”

“The process is similar to that of building friendship with the living,” Hejduk said.

“I do what I do because I care about the people that I read. They become more and more like living people to me. And when I talk to a student or professor who is also ‘friends with the dead,’ suddenly they’re not a stranger, but instead, we have this shared affection and connection,” Hejduk said. “It’s a way of recognizing we’re all a part of a human family that’s interconnected. It’s integrating modern people, ancient people and 19th-century people.”

Hejduk graduated with her B.A. in classics from Princeton University in 1988. She went on to earn her M.A. and Ph.D. from Harvard University in 1991 and 1993. Hejduk joined Baylor’s faculty in 2003 after 10 years on faculty at the University of Texas at Arlington.

The lecture is free and open to the public.

The Alexander Reading Room is located in Alexander Residence Hall at 1413 S. Seventh St. in Waco.