Will Christianity in the Middle East Become Extinct? Baylor Scholar Weighs in On the Question in Christianity Today 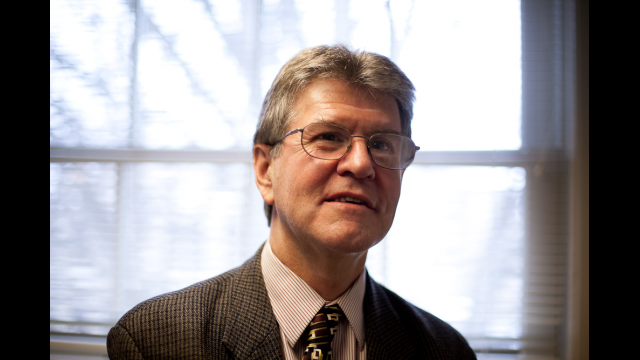 WACO, Texas (Oct. 29, 2014) — In the November cover story of Christianity Today, Baylor University author and scholar of world religions Philip Jenkins, Ph.D., explores what many view as Christianity on the edge of extinction in the Middle East.

The article may be viewed at Middle East and Christianity.

This year has been catastrophic in many lands in which early Christians spread their faith, and Jenkins asks, “How bad could this get?” Christians in the Middle East know the answer as they remember the experience of Jews, who once flourished in the region, notes Jenkins, co-director of the Program on Historical Studies of Religion in Baylor’s Institute for Studies of Religion. Since the 1940s, Jewish populations have vanished from most Middle Eastern countries outside Israel. Could the same thing soon happen to Christians?

While Islam gained power over the Middle East in the seventh century, it was several centuries before Muslims became an overwhelming majority and before persecution became systematic and violent. Even long after that, religious minorities survived – and even thrived. In recent times, though, violence has become widespread, from the Armenian Genocide of 1915 to the massacres and expulsions of Christians in modern-day Iraq.

The vision of a “Christian-less” Middle East may be too pessimistic, but “the scale of the disasters that have overtaken some countries is beyond doubt,” Jenkins writes. And that offers many lessons for the Western world.

While some rue a “war on Christmas” in the United States, Jenkins notes that many Syrian cities — for the first time in some 1,900 years — have no Christians to celebrate their holy days.

When Christians in the West talk about dying churches, Jenkins writes, they think of aging congregations, misbehaving pastors and muddled theology. But in reality, churches vanish when they are “deliberately and efficiently killed by a determined foe.”

In his article, Jenkins traces a timeline of Christianity’s stubborn persistence and apparent disappearance. But he stresses the word “apparent.” The disappearances of churches might cause Christians to agonize over God’s will. Why would God let churches vanish? But Jenkins emphasizes that the picture is far more complex than simple annihilation. Churches come back, although the time frame of such events is far beyond human comprehension. “What to humans has seemed to be a definitive act of annihilation is quite different when located upon a divine timescale,” Jenkins says.

Atrocities persist and must never be minimized, he said. But Middle Eastern Christian populations thrive in exile. “Around the Western world, growing communities of Christians from the Middle East are quite prepared to sing their song in a strange land.”

Jenkins is the author of 25 books, including "The Next Christendom," "The Lost History of Christianity" and The Great and Holy War: How World War I became a Religious Crusade."