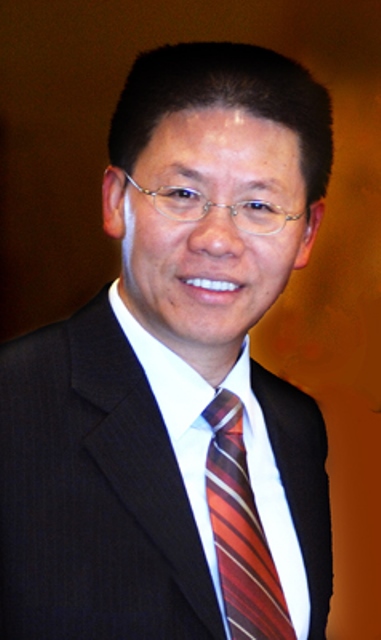 His lecture, "Freedom of Religious Expression in China," will take place at 6 p.m. in the Fifth Floor Banquet Room in Cashion Academic Center, 1401 S. Fifth St., on the Baylor campus.

Fu knows first-hand what it's like to be persecuted by the Chinese government for one's Christian beliefs and tells about this experience in his book, "God's Double Agent: The True Story of a Chinese Christian's Fight for Freedom."

In 2002, six years after religious persecution forced him to flee from China to the United States, Fu founded the non-profit ChinaAid Association to promote religious freedom in China and raise worldwide awareness of the persecution of religious believers in China.

Even before his conversion to Christianity, Fu was an activist for freedom and democracy. In 1989, he was one the of student leaders in Tiananmen Square. After his conversion, he led a house church while teaching English at the Communist Party School in Beijing.

Today, he is known as a leading expert on religious freedom and the persecuted church in China. In 2011, his efforts were recognized by the Nobel Prize Committee with an invitation to the award ceremony of the Nobel Peace Prize to Chinese dissident Liu Xiaobo.

"As the founder and president of China Aid, Pastor Bob Fu is a leader that has not allowed environment and circumstance to prevent him from being a dedicated follower of Christ," said Jennifer Massey, assistant dean for student learning and engagement at Baylor.

"Baylor's mission statement is, 'to educate men and women for worldwide leadership and service by integrating academic excellence and Christian commitment within a caring community,'" she said. "The life of Pastor Bob Fu is one that truly reflects this bold mission."

Watch Fu tell the story of how he escaped from the Chinese government in search of religious freedom:

The Academy for Leader Development brings national and international speakers to campus to introduce students to the variety and complexity of leadership needs in contemporary society. Presenters in the series identify a pressing social issue and discuss how they have worked to address that issue in their community. The series is open to all members of the Baylor community.

"Those in attendance of this lecture will have the opportunity to learn from a person who has taken the Great Commission and dedicated his life to fulfilling it to the best of his abilities," Massey said. "His insights into servant leadership as modeled by Jesus Christ and his stories of perseverance in the face of incredible hardship will provide all with a greater understanding of what it means to pursue a life spent in servitude to the Lord."

The final lecture in the Academy Lecture Series will be given by Tomi Grover, Ph.D., with "Educating, Advocating and Engaging in the Issue of Human Trafficking" on March 24.