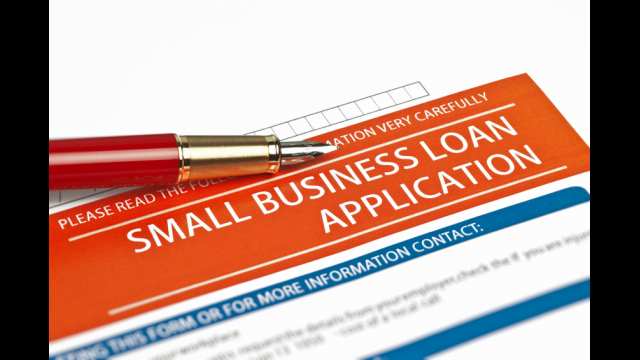 WACO, Texas (Feb. 25, 2014) -- To better their survival chances, entrepreneurs and owners of small businesses in rural areas must successfully pitch their ventures to "faraway, unknown banking officials" rather than relying on local lenders as in the past, according to a Baylor University study.

Increasingly, bank branches are headquartered in distant urban areas - and in some cases, financial "deserts" exist in towns with few or no traditional financial institutions such as banks and credit unions. That means that local lending to individuals based on "relational" banking -- with lenders being aware of borrowers' reputation, credit history and trustworthiness in the community -- has dropped, according to a Baylor study published in the journals Rural Sociology and International Innovation.

Instead, more individuals launching small businesses are relying on relatives, remortgaging their homes and even drawing from their pensions -- all of which are risky approaches, said lead researcher Charles M. Tolbert, Ph.D., professor and chair of the department of sociology in Baylor's College of Arts & Sciences.

But for the 30 percent who obtain loans through the traditional lending method, that approach also can be very challenging, according to the research article, "Restructuring of the Financial Industry: The Disappearance of Locally Owned Traditional Financial Services in Rural America."

Federal Deposit Insurance Corporation statistics showed that from 1984 to 2011, the number of banking firms in the United States fell by more than 50 percent -- to just under 6,300 -- while the number of branches almost doubled, to more than 83,000, according to researchers' analysis of data from the FDIC's national business register. For the study, Baylor researchers partnered with the U.S. Census Bureau Center for Economic Studies.

The research is important because local businesses and entrepreneurs are increasingly vital for rural employment growth, said Carson Mencken, Ph.D., professor of sociology in Baylor's College of Arts & Sciences. Many rural areas lack job opportunities or have lost them, in part because rural manufacturing jobs have been exported overseas to lower-wage destinations.

Researchers have obtained data on loan application outcomes for all U.S. small business and farm loans for the past decade. Besides quantitative findings, the study included interviews with individuals who had applied to local banks that had been taken over by national banks. Many of those expressed dissatisfaction with high interest rates or, more often, rejection.

Many small businesses - especially fledglings - do not have "hard data" on earnings and credit scores to compete for loans at big, nonlocal banks, researchers noted. Some interviewees reported that even when restructured local banks are familiar with individuals' "soft data" -- such as credit history and reputation -- they are far more interested in lending to companies that will bring in large manufacturing.

More than 30 small business owners in rural Texas were interviewed, among them a young woman who borrowed from her father to open a specialty cake business after being discouraged by a bank; and an elderly woman who built a restaurant and banquet hall, investing her own money when banks' terms were too difficult and interest rates too high, Mencken said.

Researchers plan to continue studying to learn whether communities with more local banks show higher approval rates than those with fewer community banks.

Other Baylor sociologists involved in the research were Jing Li, Ph.D., postdoctoral fellow; and T. Lynn Riggs, Ph.D., of the U.S. Commodity Futures Trading Commission, a visiting scholar in sociology.

*The research was funded by the United States Department of Agriculture National Institute of Food and Agriculture.