Ethics and Philosophy Expert Will Discuss Same-Sex Marriage at Baylor 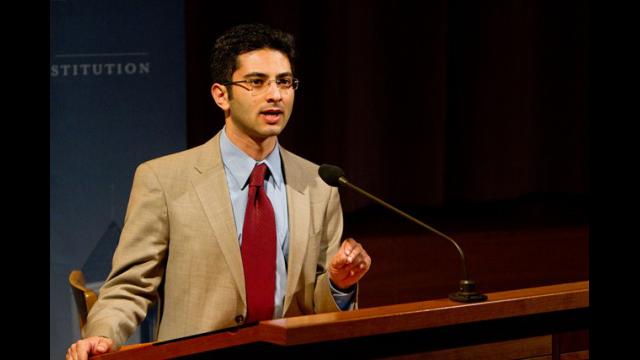 WACO, Texas (Feb. 4, 2014) - Is there any secular, rational argument against same-sex civil marriage? Doesn't equality require it? Could a few extra marriage licenses really affect you or your marriage? What about the needs of people attracted to members of their own sex? Isn't the debate practically over?

Sherif Girgis, a Ph.D. student at Princeton University and a law student at Yale University, will make a philosophical and policy argument addressing these questions and more from his book "What is Marriage? Man and Woman: A Defense," Thursday, Feb. 6.

Baylor Institute for Studies of Religion, which will host the lecture, wanted Girgis to come to campus for the same reason it hosts any other lecture: to bring in "an informed speaker tackling an important topic that a Christian university should take very seriously," said Byron R. Johnson, Ph.D., director of ISR and distinguished professor of the social sciences in Baylor's College of Arts & Sciences.

Girgis majored in philosophy at Princeton, where he won several academic prizes, including the 2007 Dante Prize for the nation's best undergraduate essay on Dante. His senior thesis on sex ethics won the Princeton prizes for best thesis in ethics and best thesis in philosophy. He went on to earn a master's degree in moral, political and legal philosophy at Oxford as a Rhodes Scholar and is now a philosophy Ph.D. student at Princeton and a law student at Yale Law School.

Attendees will have the chance to witness "an articular voice with keen insights on one of the most important topics facing our society," Johnson said.

Girgis' lecture will take place at 3:30 p.m. in, followed by a question-and-answer session, in the Kayser Auditorium of the Baylor Hankamer School of Business, 1428 Fifth St. Admission is free; to register, click here.