Members of Congregations' Smaller Racial Groups Feel Less of a Sense of Belonging and Are Less Involved, Baylor Study Finds 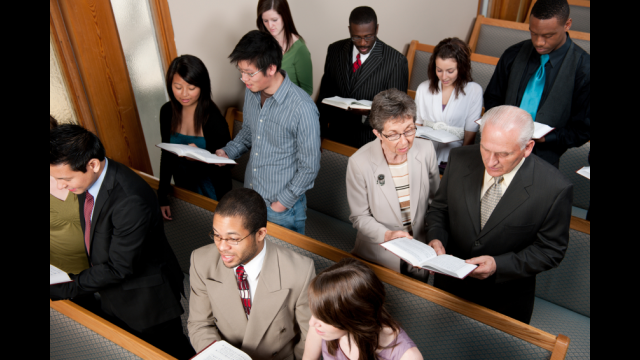 WACO, Texas (Dec. 11, 2013) -- People who are part of a congregation's largest racial group are more likely to feel they belong and be more involved-- regardless of whether their group is barely half or nearly all of the members, a Baylor University study shows.

The study reveals how difficult it is not only to create a multiracial congregation, but also to maintain a thriving church or synagogue of more than one race, said Baylor sociologist Brandon C. Martinez, the study's lead author.

Study findings, based on analysis of data from 75,264 individuals from 389 congregations, are published in the Journal for the Scientific Study of Religion in the article "Race, Belonging and Participation." Those individuals were respondents in the 2001 U.S. Congregational Life Survey, a national sample of U.S. congregations and their attendees.

The findings "weren't unexpected, but they were sobering," said study co-author Kevin D. Dougherty, Ph.D., an associate professor of sociology in Baylor's College of Arts & Sciences. "If you visit a multiracial church and peek inside a Sunday school class, you're more likely to see a homogeneous group than in the main service."

• 75.5 percent of members of a congregation's largest racial group report having a strong sense of belonging, as compared to 70.6 percent of congregants of other races.

• 69 percent of those in the largest racial group report having close friends in these congregations, compared to 57.9 percent from other racial groups.

He said that while the desire for diversity is "a popular rallying cry in American religion," previous research has shown that an estimated nine of 10 U.S. congregations contain more than 80 percent of one racial group, and almost half of the congregations in America are completely of one race. Even as neighborhoods diversify, local congregations typically do not.

Research also has shown that even when congregations become more diverse, there is a greater turnover rate among members of smaller racial groups.

"There's a real challenge for leaders to reach out and incorporate those who feel on the fringes, so that all members have deeper friendships and commitment," Dougherty said. "That doesn't seem to occur as a natural process. It requires leaders who set a vision and help people forge relationships across racial lines.

"It's a tricky thing," he said. "Religious leaders can say from the pulpit, 'We need to be more welcoming.' But until the people in the congregation embrace that, things are not going to change . . . And the burden of making a congregation diverse always falls more heavily on members of the smaller racial groups than on those who say 'Come join us.'"

A vital issue for future research is whether racial differences in commitment are moderated by congregation size, Martinez said.

"Is racial integration more likely in diverse smaller congregations than in diverse congregations of thousands?" he asked. "Continued research is necessary to determine if and how congregations are capable of helping solve longstanding racial divisions in society."