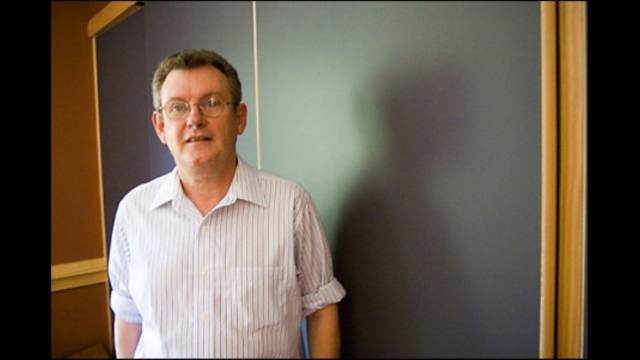 Thomas, the George Martin Lane Professor of the Classics, will explain how Virgil's poetry was read against the economic and political backdrop of Britain and its empire, and colonial and post-colonial America.

Virgil was an ancient Roman poet who wrote decades before the birth of Jesus. He was well known for his "Aeneid" and for his fourth Eclogue, which may have prophesized Jesus' birth, said Daniel Nodes, Ph.D., chair of the classics department at Baylor.

"During the age of European expansion, all generations of Europeans were familiar with Virgil, including those who settled in the New World," he said. "Rome in general and Virgil in particular served as a mirror for government, leadership and life, and it is Richard's aim to show how the new 'empires' in the modern world saw themselves through the lens of the great poet of the burgeoning Roman Empire."

"My aim always with classics . . . is to bring out great literature," Thomas said in a YouTube video by Harvard Summer School. "That's the beauty of these texts and this discipline. It's always waiting to be remolded and revised by new generations. It's like the leaves of the trees which all but come back in the spring."

"The lecture will be especially rewarding for those interested in the deep classical roots of modern culture, particularly in education, political theory and history," Nodes said.

Thomas' lecture is free and open to the public and will be held in Room 120 of Morrison Hall, 1410 S. Fifth St. For more information, visit www.baylor.edu/classics.