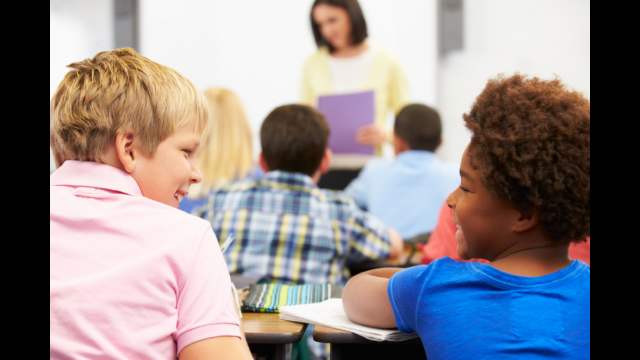 WACO, Texas (June 20, 2013) -- State policymakers' attention to teacher quality -- an issue education research shows is essential to improving schooling outcomes for racial minority students -- is highly responsive to low graduation rates among white students, but not to low graduation rates among black students, according to a Baylor University study.

The findings are evidence that "the persisting achievement gap between white and black students has distinctively political foundations," the researchers wrote.

The article, entitled "The Politic Foundations of the Black-White Education Achievement Gap," is published in the journal American Politics Research. It is co-authored by Patrick Flavin, Ph.D., an assistant professor of political science in Baylor's College of Arts & Sciences, and Michael Hartney, a Ph.D. candidate at the University of Notre Dame.

The findings come nearly 60 years after Brown vs. the Board of Education, the landmark U.S. Supreme Court case aimed at promoting educational equality by declaring unconstitutional state laws that established separate public schools for black and white students.

But the researchers' findings show that inequality persists when it comes to education reform. "Instead of promoting equality of opportunity, America's system of K-12 education -- which relies heavily on state and local control -- may worsen political inequalities," the researchers wrote.

Surprisingly, even in states in which policymakers were more racially balanced, legislators were less responsive about closing the education gap, Flavin said.

"You might expect that in states that have more black students, government would be more attentive, but we didn't find that," Flavin said. "Whether analyzed at the policymaking level or the level of individual citizens' political attitudes, white students receive far more attention and subsequent response compared to African-American students."

He suggested a reason why black policymakers might be less responsive about working toward teacher quality than might be expected.

For the research, racial disparities in student outcomes were measured using National Assessment of Education Progress scores as well as high school graduation rates. While there was a period of dramatic improvement after the Brown v. Board decision up until early 1990s, the gap between the two racial groups has stagnated or even slightly increased since the early 1990s, according to the study.

To analyze state policymaking, the researchers measured 12 state-level reform policies tracked by the National Council on Teacher Quality. Those policies include such actions as paying teachers more for teaching in high-poverty schools (so-called "combat pay") and tying teacher pay to student achievement.

To analyze citizens' opinions on education, Flavin and Hartney used a variety of nationally representative public opinion polls and found that white citizens "only seem to be alarmed when white students' performance drops," Flavin said.

The study concludes by noting that the most recent and widespread efforts to address educational inequality have come not from state policymakers but rather from federal ones.

Those included the 2002 No Child Left Behind Act, which required states to document and report student test score data by racial and ethnic subgroups; and more recently, the "Race to the Top," a competitive grant program that makes willingness to decrease achievement gaps, particularly to increase minority students' access to highly effective teachers, a key factor for states to be awarded federal money.