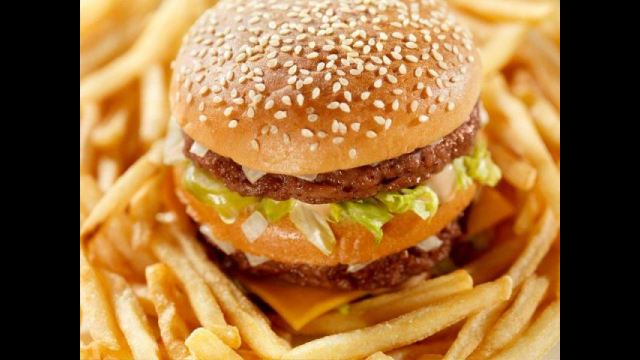 WACO, Texas (May 30, 2013) - When their schools are near fast-food restaurants, black and Hispanic adolescents are more likely to be overweight and receive less benefit from exercise than Asian or white students, according to a study published in the current issue of Journal of Public Policy & Marketing. The study underscores the importance of understanding how adolescents respond to fast-food availability near school.

"The findings imply that it is important to examine the behaviors and contexts associated with low-income and ethnic minority status in urban areas," said Grier. "These populations not only are the fastest growing but also have the highest rates of obesity, and research is relatively limited."

According to the study authors, the school environment is, more often than many other settings, one in which adolescents make food choices free from the family structure and parental control and can occur during lunch or before and after school. The study highlights the need to understand local targeted marketing strategies and outcomes according to income, ethnicity, and geographic segmentation. Many of the ethnic groups that are increasing in size and purchasing power, and are increasingly of interest to marketers, are also geographically concentrated.

"As mobile geodemographic location targeting increases, fast-food promotions will likely target those adolescents nearest to fast-food outlets and who are at greatest risk for obesity. Voluntary industry actions, or policies that support healthier food near schools, can contribute to healthier school food environments," Davis said.

The current study builds on previous research (American Journal of Public Health, 2009) by Davis and Christopher Carpenter, Ph.D., associate professor of economics and public policy at The Paul Merage School of Business, University of California, Irvine, which found that students with fast-food restaurants within one-half mile of their school consumed fewer servings of fruits and vegetables, consumed more servings of soda, and were more likely to be overweight than were youths whose schools were not near fast-food restaurants.

In a study not yet published (Association for Consumer Research Conference Proceedings, 2009), Davis and Cornelia Pechmann, Ph.D., professor of marketing at the Merage School, found that adolescents with higher social identification with people at school perceived restaurants near school to be socially closer, were more likely to have friends, and eat there more often. In contrast, students who were relatively low in social identification were not affected by the nearness of a fast food restaurant. In other words, low social identifiers were relatively immune to nearby fast food, while high social identifiers were highly vulnerable to it.

To measure fast-food proximity to schools, researchers used a database of all middle and high schools in California, including latitude-longitude coordinates, from the California Department of Education (2009); a database of all restaurants in California in 2003 with latitude-longitude coordinates from Microsoft Streets and Trips; and a list of restaurant brands classified as fast food from Technomic Inc., a food industry consulting firm.

Baylor University's Hankamer School of Business provides a rigorous academic experience, consisting of classroom and hands-on learning, guided by Christian commitment and a global perspective. Recognized nationally for several programs, including Entrepreneurship and Accounting, the school offers 24 undergraduate and 13 graduate areas of study. Visit www.baylor.edu/business and follow on Twitter at www.twitter.com/Baylor_Business.