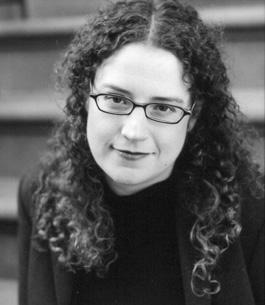 WACO, Texas (Feb. 22, 2013) - Deborah Cohen, Ph.D., has established a reputation for her specialized knowledge of modern European history, especially in the context of Great Britain. She will speak on "Family Secrets: Shame and Privacy in Modern Britain" as the guest lecturer for the 2013 Edmondson Lecture Series on Feb. 26 and Feb. 27.

Cohen is Peter B. Ritzma Professor of Humanities and Professor of History at Northwestern University. She earned a bachelor's from Harvard University and a doctorate from the University of California, Berkeley. Her research has been funded by multiple endowments including the Mellon Foundation and the National Humanities Center.

In 2001, Cohen published her first book, "The War Come Home." Two more books followed, garnering attention for Cohen's writing and her research. The books have been reviewed by numerous publications including The Boston Globe, The Daily Telegraph and the Evening Standard. The New York Times called Cohen's account of British history "witty and beguiling," and London's The Guardian said her work was a "book of marvels."

"Deborah Cohen is a preeminent scholar of modern British history. Her book on Victorian consumerism, Household Gods: The British and their Possessions, won some of the highest accolades in the profession," said Joseph Stubenrauch, Ph.D, an assistant professor of history in Baylor's College of Arts & Sciences. "It was awarded the American Historical Association's Forkosch Prize for the best book on Britain after 1485, and it was the co-winner of the North American Conference on British Studies' Albion Prize for the best book on Britain after 1800.

"Her Edmondson lectures will be based on this new history of changing notions of guilt and privacy in the modern era. Fans of the TV series Downton Abbey who are interested in early 20th-century British life may find these talks especially noteworthy, since Cohen will discuss topics that include adoption, illegitimacy and bachelor uncles."

The Edmondson lectures are free and open to the public. They will take place in Bennett Auditorium in Draper Academic Building, 1420 S. Seventh St. They include:

Feb. 26 - Children Who Disappeared: Intellectual Disabilities and the Family in Britain, 1870-1945

Jeffrey Hamilton, Ph.D., professor and chair of history in the College of Arts & Sciences at Baylor, will give the introduction to this lecture. It will begin at 3:30 p.m.

This lecture will be introduced by Stubenrauch and will begin at 3 p.m.

For more information about this year's Edmondson Lecture Series and previous ones, call the history department at 254-710-2667, or click here.

The College of Arts & Sciences is Baylor University's oldest and largest academic division, consisting of 26 academic departments and 13 academic centers and institutes. The more than 5,000 courses taught in the College span topics from art and theatre to religion, philosophy, sociology and the natural sciences. Faculty conduct research around the world, and research on the undergraduate and graduate level is prevalent throughout all disciplines. Visit www.baylor.edu/artsandscience