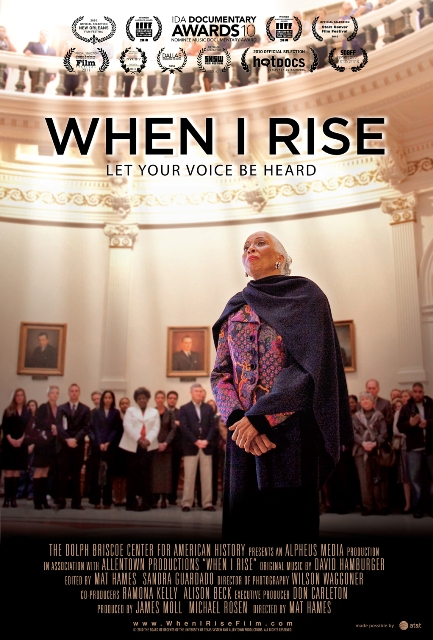 Each screening will be followed by a Q&A with one or more guests from the film's production. These events are free to the public, and each film begins at 7 p.m. in Room 101 of the Castellaw Communications Center, 219 Baylor Ave.

In this feature-length documentary, Barbara Smith Conrad, a gifted music student from the University of Texas, finds herself at the center of racial controversy. Struggling against the odds, Conrad ultimately ascends to the heights of an international opera. This documentary is an inspirational journey toward finding forgiveness within oneself.

A food lovers' film about love and fungi, Lucien and Regina are foragers that gather wild mushrooms and sell them to New York restaurants. They live simply, according to the seasons. When Regina seeks more stability, their marriage is put to the test.

In this film documenting an annual endurance competition in Longview, 24 contestants are pitted against each other in a competition to see who can keep their hand on a pickup truck for the longest amount of time. The last contestant standing wins the coveted pickup.

"The Texas Independent Film Network series is an excellent opportunity for students to see top-notch independently produced films that might otherwise fly under their radar, especially in a city like Waco that lacks any kind of dedicated art-film theater," said James Kendrick, Ph.D., associate professor of film and digital media in Baylor University's department of communication.

"Too many great movies that have successful festival runs get lost in the cacophony of Hollywood marketing, and by hosting this series at Baylor we're hoping to draw attention to exactly those kinds of films, which just happen to have been produced right here in Texas. It's an opportunity to see something new and different, as well as an opportunity to speak directly with the filmmakers, who come to campus and answer questions after each screening," Kendrick said.