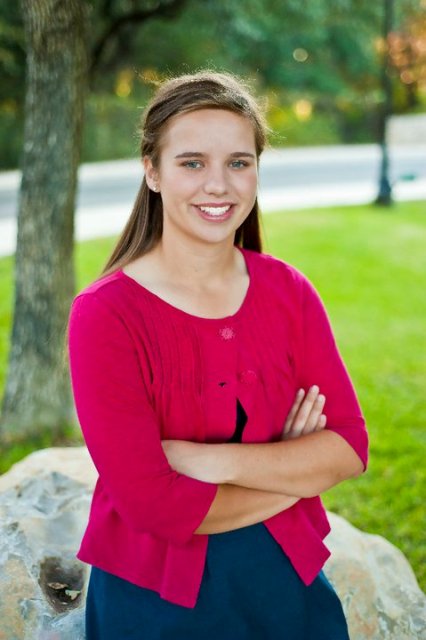 WACO, Texas (Feb. 6, 2013) - Among the featured speakers at this year's Academic Surgical Congress in New Orleans is Tara Hutchison, a sophomore biology student and cadet in Baylor's Army ROTC program.

She will address an audience of more than 1,100 surgeons from across the nation when she presents her medical research on Thursday, Feb. 7.

While participating in a research fellowship at the San Antonio Military Medical Center at Fort Sam Houston, Hutchison focused on venous thromboembolism (VTE), a disease process that causes blood clots and can lead to life-threatening pulmonary embolisms.

After realizing a retrospective study on the matter had not been conducted in the military but could provide valuable information, Hutchison decided to begin her research.

"I conducted a 10-year review on combat causalities from 2001 to 2011 who developed a VTE in order to determine the incidence and risk factors in the military population," Hutchison said.

"Through statistical tests performed at the SAMMC, we were able to determine amputees are at a higher risk of developing the disease. From this research, I hope that doctors will be aware of the higher incidence in amputees and pay closer attention to this population of combat wounded specifically," Hutchison said.

As she presents her findings at the conference, Hutchison will represent the dedication of Baylor students and the excellence of the university's ROTC programs.

"We are extremely pleased that Cadet Hutchison has been provided the unique opportunity to present at the Academic Surgical Congress," said Major Mark Anderson, an assistant professor of military science at Baylor and an Army ROTC recruiting officer. "The technical nature of the information conveyed at the event to promote health science education and research is a testament to her abilities and potential for leadership in the area of medicine as well as to the United States Army."

In the final days before her presentation, Hutchison has two thoughts in mind.

"It is a privilege to represent SAMMC at this conference and I look forward to telling them I'm a Baylor Bear, too!"