Online Social Networking at Work Can Improve Morale and Reduce Employee Turnover, According to Baylor Study 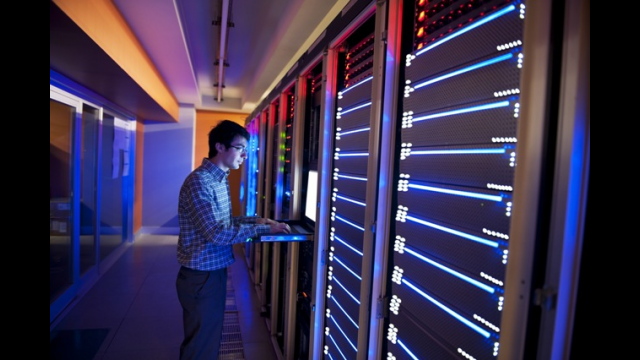 WACO, Texas (Jan. 29, 2013) - By allowing employees to participate in a work-sponsored internal social networking site, a company can improve morale and reduce turnover, according to a Baylor University case study published in the European Journal of Information Systems.

The study, which looked at a financial institution's efforts to acclimate new employees into the organization, also found that participation led to a greater sense of well-being and organizational commitment and better employee engagement.

"For millennials, mixing their work life and their social life via an online social networking created positive emotions for the employees who use the system," said Hope Koch, Ph.D., Baylor University associate professor of information systems in the Hankamer School of Business and study co-author. "These emotions led to more social networking and ultimately helped the employees build personal resources like social capital and organizational learning."

SNSs can have a positive impact on IT employees and their workplace, especially when the new employees are relocating to unfamiliar areas and need to build a network, assume highly technical jobs and become integrated into a large organization where it may be difficult to know where to go for help, according to Koch.

The study centered on a financial institution's efforts to reduce IT employee turnover by starting a social and work-related online networking site. Under the supervision of executives, the IT new hires developed and managed the site's content. Since most new hires had moved hundreds of miles to start their new jobs with the institution, they initially used the social pages as an introduction to the community. According to study co-author Dr. Leidner, "The new hires evolve from being primarily consumers of the information in the social networking systems when they first join the organization, to becoming contributors to the social networking system after they have been in the company a while." After a year or so with the organization, the more senior new hires began using the system to acclimate and mentor incoming new hires.

The internal social networking site helped the new hires build social capital in several ways, according to study co-author Dr. Ester Gonzalez, "The new hires build connections with co-workers that will guide them when feeling uncertain about a job task or provide them with the morale support needed when going through a stressful time while at work."

Ironically, middle managers, even though they wanted freedom from mentoring new hires, were less enthusiastic toward online social networking. Says Gonzalez, "Middle managers felt isolated and annoyed because new hires were forming bonds and developing first-name relationships with senior executives that they had not personally experienced for themselves in their many years of service." Senior managers, according to Leidner, were both positive and concerned. Says Leidner, "The senior managers remained more circumspect about the SNS. They saw what they thought were potential benefits to knowledge sharing and collaboration, but yet they remained concerned that social uses would supersede work-related outcomes."

Despite the good outcome of this institution's experience, the study data suggest that organizations should move cautiously when implementing SNSs.

"Before beginning an internal social networking initiative, organizations should consider analyzing how the system may impact both its users and non-users, paying particular attention to potential isolation of non-users and the negative stigma associated with SNS in the workplace," Koch said.